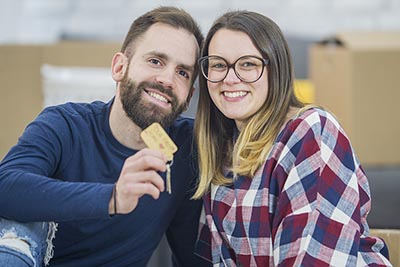 A new report forecasts that first-time homebuyer activity will increase this year, and if that comes to pass, one reason may be because millennials’ financial-planning habits have notably improved over the past few years.

“Rising wages and the expanding economy should lay the foundation for 2018 being the turning point towards an uptick in sales to first-time buyers,” NAR Chief Economist Lawrence Yun said. “However, if inventory conditions fail to improve, higher mortgage rates and prices will further eat into affordability and prevent many renters from becoming homeowners.”

Besides a lack of available starter home and mortgage rate increases, millennials and other first-time buyers face additional challenges, including rising home prices and student debt. And although previous studies have reported that millennials are failing to establish savings plans, new survey results show that they are getting better about socking away money.

The report also reveals that millennials are at least as good than Gen Xers when it comes to financial planning. Roughly two-thirds of both generations are saving money each month, and 54 percent of millennials and Gen Xers report that they stick to a budget.

Although millennials’ money-management habits have clearly improved over the past few years, it remains to be seen whether that will help more of them enter the housing market. Just one-third of millennials say that their nest eggs are specifically earmarked for a down payment, and 20 percent are concerned that they cannot afford a home given the current challenging market conditions.