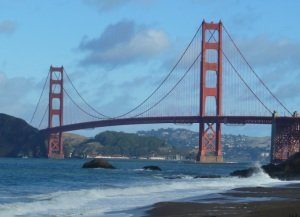 SURVEY LOOKS FOR HAPPINESS, FINDS IT IN BAY AREA

We’ve always believed this, but it’s nice to hear it from others: People in the Bay Area are happier and more contented with their lives than residents of any other large U.S. metropolitan, according to an exhaustive, yearlong survey released last week. Even when compared with thousands of smaller, bucolic communities from Maine to Hawaii, the Bay Area still ranks in the top 10 for the physical and emotional well-being of its residents.

Among the nation’s largest regions, the San Jose–Sunnyvale metro area ranked No. 1 for high well-being among its residents. The San Francisco–Oakland metro area – including San Francisco, Marin, San Mateo, Alameda, and Contra Costa counties – placed No. 2. More at the Pac Union Blog.

Home prices increased for 24th consecutive month. Home prices across the country increased in February by 12.2 percent, the 24th straight month of year-over-year appreciation, according to CoreLogic’s most recent Home Price Index Report. Breakout statistics included in the report show that California leads the country in price gains, both including and excluding distressed sales. Counting distressed sales, Golden State prices are up 19.8 percent from February 2013; without them, gains register 15.9 percent. Dr. Mark Fleming, CoreLogic chief economist, said in a statement that the company expects home prices to level off in the next year as more owners regain equity and put their homes on the market, easing supply constraints.

OVERSEAS HOMEBUYERS FAVOR U.S. BY HUGE MARGIN
International homebuyers overwhelmingly prefer the U.S. over any other country, California Association of Realtors data shows. The association’s survey found that 85 percent of overseas buyers considered only the U.S. as a potential place to buy a home. Respondents’ cited our country’s favorable location and climate and a desire to live closer to family and friends as the main reasons for their decision.

In California, 69 percent of international buyers paid all cash, and more than one-third of those listed Chinese as their primary language. International buyers showed near equal preferences for purchasing primary homes (32 percent) as they did for nabbing investment properties (33 percent).