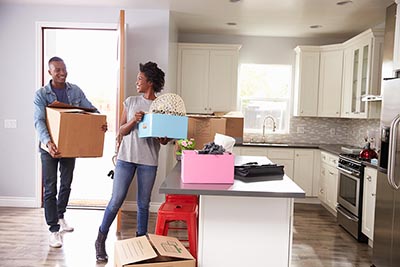 Student loans and high housing costs are posing challenges for both millennials and Gen Xers, but income gains and a thriving economy helped more of them become homeowners last year, prompting a modest improvement in first-time buyer activity

According to The National Association of Realtors’ 2017 Home Buyer and Seller Generational Trends report, first-time buyers accounted for 35 percent of activity for the year ended June 2016, up from 32 percent in 2015, which was near an all-time survey low. Millennials made up the bulk of first-time buyers, at 66 percent, followed by Generation X at 26 percent.

For the fourth straight year, millennials — those age 36 and younger — represented the largest share of all homebuyers, at 34 percent. The number of Generation X homebuyers rose to 28 percent, up from 26 percent in 2015.

Both generations have benefited from higher incomes. Gen X households, who are in their peak earning years, had the highest annual median incomes of all buyers at $106,600, up from $104,700 in 2015. At $82,000, millennial households have the lowest median incomes of any generation but saw the largest wage gains from the previous year, nearly $5,000.

Both generations have also struggled with student debt. Millennials were the most affected, with 46 percent reporting having student loans and a typical outstanding balance of $25,000. But Gen Xers actually carry a higher student-loan balance — an average of $30,000 — and more of them cited it is a factor to delayed homeownership than did younger buyers.

Members of Generation X were also hit hard by owning homes during the Great Recession, reporting more distressed sales and underwater properties than other generations. As these owners have regained home equity, they are more likely to move up soon, returning much-needed inventory to a supply-starved market.

“The much stronger job market and 41 percent cumulative rise in home prices since 2011 have helped a growing number build enough equity to finally sell and trade up to a larger home,” NAR Chief Economist Lawrence Yun said. “More Gen X sellers are expected this year and are definitely needed to ease the inventory shortages in much of the country.”

Even with the increase in first-time buyer activity, many college-educated young adults are still not forming households, as rising rents and relatively lower salaries force millennials to take on housemates or move back in with their parents. Yun cites the trend as one of the reasons for the nation’s current homeownership rate, which is near its lowest level in almost 50 years.