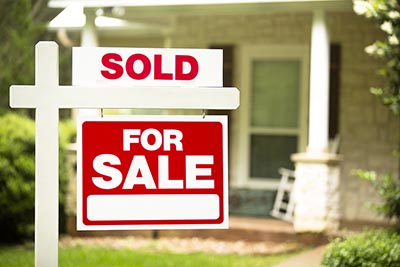 America’s housing shortage is not only putting the brakes on home sales, it is also having a significant impact on affordability.

There were 5.52 million home sales on a seasonally adjusted basis in June according to data from the National Association of Realtors, down by 1.8 percent from May but up by 0.7 percent from June 2016. NAR Chief Economist Lawrence Yun said that a lack of supply is fueling home price growth, keeping many potential buyers out of the game.

“It’s shaping up to be another year of below average sales to first-time buyers despite a healthy economy that continues to create jobs,” Yun said. “Worsening supply and affordability conditions in many markets have unfortunately put a temporary hold on many aspiring buyers’ dreams of owning a home this year.”

NAR puts the median sales price for an existing home at $236,800 in June, a year-over-year gain of 6.5 percent. During that same time period, inventory dropped by 7.1 percent to 1.96 million homes, the 25th straight month of year-over-year declines.

Inventory is in fact at a 30-year low, according to CoreLogic’s most recent monthly Home Price Index. Frank Nothaft, the company’s chief economist, said that the unsold inventory as a share of all households was 1.9 percent in the second quarter, while also noting that the shortage is keeping a lid on home sales.

U.S. home prices have grown by 50 percent since bottoming out in 2011, and it is unlikely that they will slow anytime soon. Nationwide, affordability is quickly worsening, and that trend is expected to persist without an uptick in construction.

“While the low mortgage rates are keeping the market affordable from a monthly payment perspective, affordability will likely become a much bigger challenge in the years ahead until and when the industry resolves the housing supply challenge,” CoreLogic CEO and President Frank Martell said.

A lack of affordable homes is a particular problem for Golden State residents, with just 32 percent able to qualify for a mortgage on the median-priced single-family home in the first quarter, according to a May report from the California Association of Realtors. The situation is even more difficult for first-time buyers says a recent WalletHub analysis, which found that 15 of the 20 least-affordable housing markets for first-time buyers are located in California.