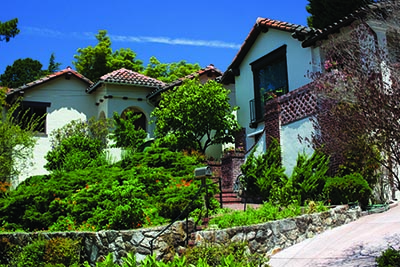 The Golden State’s housing market is currently not particularly friendly to those looking to get a foot in the door, as it is home to the majority of the nation’s 10 least-affordable markets for first-time buyers. And here in the Bay Area, conditions are even more problematic for first-time buyers, as the median income won’t buy a home in any ZIP code in three local counties.

In an analysis of America’s 300 most and least affordable large, midsize, and small housing markets for first-time buyers, WalletHub found that 15 of the nation’s 20 least-affordable cities are located in California. The study ranks housing markets based on 23 criteria based on the broader categories of affordability, real estate conditions, and quality of life on a scale of zero to 100.

The East Bay is home to two of the nation’s three least affordable markets for first-time buyers. Berkeley narrowly ranks as the country’s second least-friendly market for first-time buyers behind Santa Barbara, with a score of 36.29. Oakland, which WalletHub gives a score of 37.48, followed in the No. 3 position, making it America’s least-affordable large city for those who have never purchased a home.

San Francisco is America’s sixth worst market for first-time buyers, with a total score of 39.01 and ranking dead last for the affordability metric. Other Bay Area cities with the dubious distinction of ranking in the 20 least affordable: San Mateo (No. 8), Daly City (No. 12), and Sunnyvale (No. 20).

Although only about one-third of Golden State residents can afford the median-priced single-family home according to the most recent data from the California Association of Realtors, Freddie Mac’s Housing Affordability Index says that U.S. homes are still almost more affordable than they have ever been. One key reason for that is still historically low mortgage rates; the HAI bottomed out in the early 1980s, when mortgage rates peaked at nearly 19 percent.

Freddie Mac’s report features more sobering news for potential Bay Area homebuyers, particularly those who want to live close to thriving job centers. Buyers in Marin, San Francisco, and San Mateo counties can’t afford to qualify for a mortgage in a single ZIP code on the median household income. In Alameda and Contra Costa counties, the median income buys a home in only about 40 percent of ZIP codes.

More construction is key to solving California’s housing inventory shortages and affordability issues and keeping the state’s economy healthy, as The New York Times recently reported. San Francisco Sen. Scott Wiener sponsored a pro-development proposal that is expected to pass later this summer, though the state has rejected numerous such measures in the past.