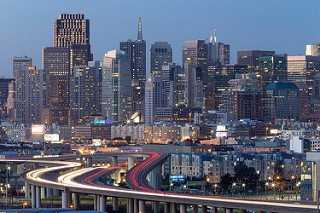 U.S. homes sold slightly quicker this year in October than they did one year ago, particularly in San Francisco, which once again ranks as the country’s hottest real estate market.

Realtor.com’s latest analysis of the 20 most in-demand places for home shoppers pegs San Francisco as the hottest U.S. market in October, based on the fastest pace of sales as well as the most listing views on its website. The City by the Bay ranked as the nation’s hottest market in September and for most of the past year and a half, although the Vallejo-Fairfield metropolitan area claimed the top spot for four consecutive months earlier this summer.

Homes in the San Francisco metropolitan area — which includes Oakland, Hayward, and surrounding communities — found a buyer in an average of 34 days in October, the fewest days on market of the 20 cities included in the report. Realtor.com did not include this statistic for individual submarkets for the past few months, but its October 2015 analysis of the same kind found that homes in San Francisco sold in an average of 33 days. With a median list price of $830,000 last month, San Francisco properties are hitting the market 7.8 percent higher than they did one year earlier.

Vallejo fell one spot from September to the No. 3 position. Homes in the Solano County suburbs are selling in an average of 45 days at nearly half the price as in San Francisco, listing for an average of $420,000.

Continued intense competition for California homes mirrors national trends, as the U.S. median list price rose 8 percent on an annual basis to $250,000, a new peak for October. In a statement accompanying the report, Realtor.com Chief Economist Jonathan Smoke says that demand for real estate is stronger than usual this fall, causing inventory to drop by 11 percent since October 2015 and homes to sell 2 percent faster.