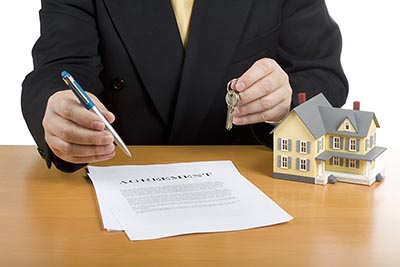 Though mortgage rates remain low by historic standards, the increases that began last year had a significant impact on both refinancing and loan-origination activity in the first quarter of this year.

According to ATTOM Data Solutions’ latest U.S. Residential Property Loan Origination Report, there were 675,899 residential refinance loans secured in the first quarter, a 36 percent decline from the fourth quarter of 2016 and a 22 percent decline from one year earlier. Refinancing dollar volume saw similar quarterly and annual and drops, falling to $167.9 billion, the lowest since the company began tracking that statistic 11 years ago.

“Rising mortgage rates made qualifying for a home purchase more difficult and refinancing an existing home loan less attractive in the first quarter,” ATTOM Data Solutions Senior Vice President Daren Blomquist said. “Refinance originations in particular fell off a cliff in the first quarter to the lowest level in more than 10 years after posting double-digit percentage increases in the third and fourth quarters of 2016, indicating that some refinance demand was pulled forward late last year in anticipation of rising interest rates.”

Homebuyers who are hoping to take advantage of today’s still-low mortgage rates may not want to wait much longer. As The New York Times reports, the Federal Reserve is expected to raise interest rates again in mid-June, especially given the national unemployment rate of 4.4 percent. The Fed previously raised interest rates in December and March, and Pacific Union Chief Economist Selma Hepp expects that it will do so several more times this year.

“Although the minutes from the last Fed meeting show lingering reticence around the continued strength of economic growth, most recent economic indicators have been solid and give no reason for pause,” she said. “Beyond June, the Fed will most likely look at another increase in the second half of the year, followed by a gradual reduction of its balance sheet.”