MEDIAN U.S. PRICES NEAR RECORD HIGHS
Median home sales prices in the country hit $213,500 in July, a year-over-year increase of 13.5 percent, according to the National Association of Realtors. U.S. housing prices have experienced 17 consecutive months of year-over-year gains, and the median price is now just 7.3 percent below the all-time record of $230,400, set in July 2006. 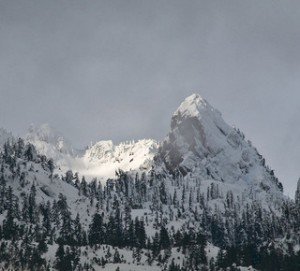 NAR also found that sales volume across the country spiked 17.2 percent since last July, from 4.6 million units to 5.39 million. Months’ supply of inventory (MSI) held steady from June at 5.1 but is down 5 percent from a year ago. According to NAR Chief Economist Lawrence Yun, the slim supply of home inventory will continue to push prices upward.

Oakland easily topped the list of markets with the tightest inventory, with homes lasting on the market an average of 20 days. Denver placed second, with an average time-on-market of 31 days.

ONE-THIRD OF CALIFORNIA HOMEOWNERS UNABLE TO SELL
Despite California’s healthy real estate market, one-third of the state’s homeowners are completely or nearly underwater, rendering them unable to join the lucrative seller’s market.

According to a report from PropertyRadar, 1.8 million California homeowners were totally underwater in July, while another 500,000 had no more than 10 percent equity in their properties. This means that about 34 percent of the state’s 6.8 million homeowners cannot currently sell their houses.

BAY AREA HOMEBUYERS FUEL GROWTH IN TAHOE/TRUCKEE
The Bay Area’s healthy economy has not only benefited the local real estate market, but it is also driving sales in the Tahoe/Truckee region, according to a recent report by the San Jose Mercury News.

Numbers from DataQuick found that full-time Bay Area residents account for one-third of homebuyers in Tahoe/Truckee so far in 2013 and have helped push sales in the region to their highest levels in eight years. DataQuick also reported that home prices in the region increased by double-digit percentages in the first half of 2013 from the same period last year.

Stateline, Nev. saw the largest year-over-year price gains in the region, at 106 percent. Meanwhile, Incline Village, Nev. boasted the heftiest median sales prices in the area, at slightly more than $627,000.

SAN FRANCISCO’S SOUTHERN NEIGHBORHOODS WOO BUYERS WITH SCHOOLCHILDREN
According to a recent study by Trulia, 63 percent of homebuyers with children consider school districts an important factor in their purchasing decision, as opposed to just 20 percent without.

Trulia compares neighborhoods in 10 U.S. cities based on the ratio of children ages 0 to 4 (what the site calls “strollers”) to kids in the 5-to-9 age bracket (“backpacks”). The lower the ratio falls below 1, the more families with school-age children are moving out, and vice versa.

In San Francisco, the South Beach, SOMA, Mission Bay, Potrero Hill, and Dogpatch neighborhoods were the most popular with the stroller crowd, with ratios ranging between 0.26 and .052. On the other hand, families with schoolchildren favored neighborhoods farther to the south, including West Portal, Miraloma, and Visitacion Valley.

However, the San Francisco neighborhood that topped the list for buyers with schoolchildren–with a ratio of 1.18–is one of its most northern: Treasure Island, to be exact.