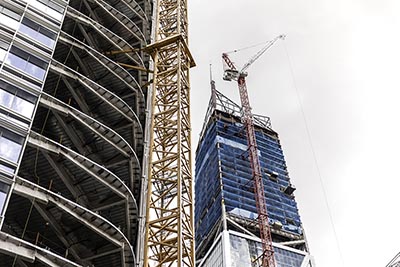 U.S., BAY AREA HOUSING MARKETS ARE MOVING SWIFTLY THIS SPRING
Despite rising home prices across the country, sales remained at the strongest level in a decade last month, just as they did in January. However, the market’s momentum going forward depends heavily on what has become one of its biggest challenges: tight inventory conditions.

A blog post from the National Association of Realtors says that there were 5.71 million existing home sales on a seasonally adjusted annual basis in March, a 5.9 percent increase from one year earlier and again the highest since February 2007. The median sales price also rose from March 2016, up 6.8 percent to $236,400.

Homes sold significantly faster than they did last spring, with the average property finding a buyer in 34 days, almost two weeks less than one year ago. The San Jose and San Francisco metro areas were the quickest-paced real estate markets in the U.S., with homes selling in a respective 24 days and 25 days.

Although March saw more homes hit the market with the arrival of the traditionally busy spring season, inventory was down 6.6 percent on an annual basis. According to Freddie Mac’s April 2017 Outlook, the supply of homes for sale is currently at its lowest level in more than 10 years, and unless more owners list their properties, sales activity will likely suffer this year. Tight inventory conditions are being exacerbated by hesitant move-up buyers unsure if they can find a suitable replacement home and borrowers who want to hang on to their existing low mortgage rates.

SMALLER HOMES GAIN VALUE FASTER THAN MCMANSIONS
Smaller homes with fewer bedrooms appreciate faster than their larger counterparts, thanks in part to both younger and older buyers.

A recent analysis by realtor.com found that homes smaller than 1,200 square feet sold between 2011 and 2016 appreciated by 7.5 percent per year, about twice as much as 2,400-plus-square-foot properties. One-bedroom home prices grew by 7.2 percent per year during that time period, compared with five-bedroom homes, which appreciated by 4.3 percent. Americans don’t need as many bedrooms these days, as they produce fewer offspring than past generations.

Baby boomers looking to downsize are helping drive demand for smaller homes, as are millennials who are willing to trade more space for access to amenities such as restaurants and proximity to work. The ability to get to work quickly and easily is reflected in a home’s most desirable amenity, with access to public transportation adding 8.4 percent in annual appreciation — even more than top-quality schools.

A recent ConstructionDIVE feature sheds light on this trend, explaining how planned communities are shifting from golf-course centerpieces in favor of walking and hiking trails, gardens, and education centers. Citing research from the National Association of Home Builders, the article says that younger homebuyers place the most importance on perks such as access to parks, trails, playgrounds, and outdoor swimming pools.

ConstructionDIVE highlights two communities in Northern California that are embracing the great outdoors. Russel Ranch in Folsom will feature walking and mountain-bike trails that flow with the area’s hilly geography, while The Cannery in Davis will offer residents access to fresh produce every week courtesy of its seven-acre farm.

CALIFORNIANS CARRY THE NATION’S MOST DEBT
The Golden State’s expensive home prices are exacting a heavy toll on its residents’ balance sheets, with Californians bearing the largest debt-to-income ratios in the U.S.

That’s according to a report from SmartAsset, which puts California’s per-capita debt at $65,470 with a median individual annual income of just more than $28,000. That translates to a debt-to-income ratio of 2.342, the highest in the country, although Golden State residents carry less overall debt than those in Washington, D.C.; Maryland; and Hawaii.

The states with the most debt are largely tied to home home loans; the top 10 states with the largest-debt-to-income ratios have 74 percent of that associated with a mortgage. California is a prime example of the trend, with the average homeowner owing $51,190 on their mortgage on a per-capita basis.