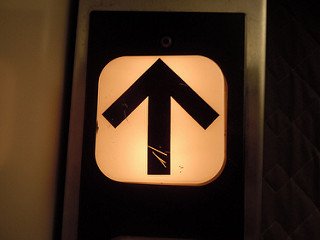 Next year will see steady growth in existing-home sales and prices, with stronger growth in 2018, according to the latest forecast by real estate analysts — boosted by a greater number of millennials entering their prime homebuying years, rising household formation, and continued job growth.

Forecasts for the coming year were a highlight of the National Association of Realtors’ annual Conference & Expo, held last week in Orlando, Florida. NAR analysts expect sales to grow  by 2 percent to 5.46 million in 2017, followed by 4 percent growth in 2018. The national median existing-home price is expected to rise by 4 percent next year.

“NAR surveys from both current renters and recent buyers prove that there’s an overwhelmingly strong desire among the younger generation to own a home of their own,” Yun said in a statement. “The housing market over the next couple of years should get a big lift in demand from these new buyers. The one caveat is it’s essential that there’s enough new and existing supply at entry-level prices for them to reach the market.”

SAN JOSE, SAN FRANCISCO SELLERS LEAD U.S. IN HOME PRICE GAINS
U.S. homes sold for an average of 23 percent above their purchase prices in the third quarter of 2016, the highest gain in nine years. And the news is even better in the Bay Area, where homes in the San Jose area sold for 68 percent above their purchase prices and 67 percent in the San Francisco area.

San Jose and San Francisco once again led the nation in home price gains, according to data compiled by ATTOM Data Solutions. They were followed by Portland, Oregon and Seattle (tied at 51 percent) and Los Angeles (49 percent).

Refinances accounted for 20 percent of all closed loans by millennial borrowers in September, up from 17 percent in August, the company said. Eighty percent of millennial loans were for home purchases, compared with 54 percent overall for U.S. borrowers.

Other findings from the September Millennial Tracker report:

“As the average rate on home loans continues to decline, we are seeing millennials with more purchase power, indicated by the average loan amount increase,” Joe Tyrrell, executive vice president of corporate strategy at Ellie Mae said. “We’re also seeing a slight uptick in the number of refinances in September, indicating maturity among those millennials who previously purchased a home and are looking for an opportunity to lower the cost on their existing mortgage.”