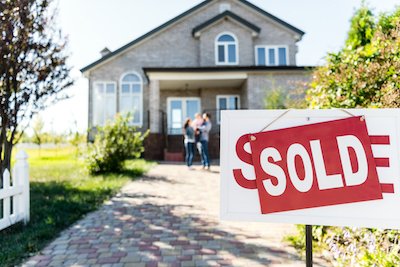 BAY AREA FALLS OFF LIST OF HOTTEST HOUSING MARKETS
The Bay Area dropped out of Realtor.com’s list of the nation’s hottest real estate markets in June — the first time a California metro area was not among the top five markets in six years.

The San Francisco-Oakland-Hayward area fell to No. 6 on the monthly list, down from No. 3 in May. Vallejo-Fairfield slipped to seventh place in June, from fifth in May, as more-affordable markets move up the ranks. On average, housing markets with prices below Realtor.com’s national median list price of $299,000 jumped 12 ranking spots year-over-year.

June’s ranking shows that super-competitive markets are increasingly scattered throughout the country instead of dotted along the high-priced West Coast. Midland, Texas, was first among the hottest markets, followed by Columbus, Ohio; Boston; Fort Wayne, Indiana; and Boise City, Idaho.

“As the record pace of sales continues to challenge would-be homebuyers, the hottest market rankings show that buyers are looking for markets that offer relative affordability,” said Danielle Hale, chief economist at Realtor.com, in a statement released with the June ranking.

… BUT STRONG FORECAST LIFTS S.F., OAKLAND, SAN JOSE
San Francisco, Oakland, and San Jose are high on a list of real estate markets on track for housing booms in the near future, according to an analysis of trends by Local Market Monitor, a North Carolina research firm.

A boom is likely when a region’s average home price is at least 15 percent above the local “income price” and rising 10 to 15 percent per year, according to a  Forbes.com report on the Local Market Monitor data. By that measure, Denver is already in boom territory, with home prices 47 percent above income price and a 10 percent increase year over year.

The analysis credits strong economic growth and a shortage of housing construction for creating an imbalance that drives a boom.

“Concerns about rising interest rates and construction costs have been offset by low unemployment and increasing wages,” Miller said recently in a statement announcing financial results for Lennar. He said there is still a “short supply” of houses on the market after “years of underproduction of new homes,” but “demand remained strong” and “affordability remained consistent” thanks to interest rates that remain relatively low.