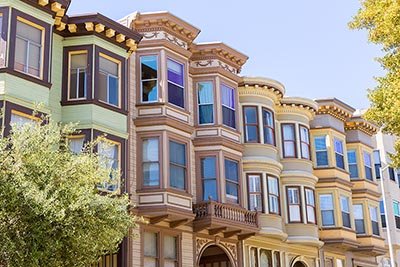 That’s according to Black Knight’s latest Mortgage Monitor, which says that the U.S. housing market gained $735 billion in tappable equity in 2017. Nationwide tappable home equity now stands at $5.4 trillion, a new all-time high and 10 percent above the former peak recorded in 2005.

“As home prices continued their upward trajectory at the national level, the amount of tappable equity available to homeowners with mortgages continued to rise as well,” Black Knight Data & Analytics Executive Vice President Ben Graboske said. “Still, Americans seem more reserved in tapping their equity than in years past.”

California holds nearly 40 percent of the nation’s tappable equity, about seven times as much as the next closest state. In 2017, San Francisco and Los Angeles each saw tappable equity increase by $80 billion, respective gains of 20 percent and 12 percent and the most in the U.S.

U.S. HOME PRICES ONCE AGAIN HIT NEW PEAK
America’s housing market is more competitive than ever this spring, with prices again reaching a new high and no end in sight to tight supply conditions.

As realtor.com reports, the median list price for a U.S. home was $280,000 in March, up 8 percent year over year and surpassing the previous high observed in July 2017. Company Director of Economic Research Javier Vivas predicts that if appreciation continues at its current pace, half of the homes on the market will be priced at more than $300,000 by this summer.

Conditions remain particularly difficult for first-time buyers, as homes priced at less than $200,000 are rare. If listing-price trends persists, one in 12 homes on the market this summer will be priced above $1 million.

ONE-THIRD OF HOMEBUYERS WILLING TO GO BEYOND THEIR BUDGETS
The aforementioned consistent home price appreciation and shortage of homes for sale dictate that a significant number of buyers realize that they may need to exceed their initial budgets to close a purchase.

A study by Owners.com found that one-third of Americans said that they would bust their budgets to purchase a home, by an average of $16,510. Millennials were the most willing to exceed their homebuying budgets (40 percent) by the largest amount of money ($24,545), followed by 34 percent of Gen Xers, who said they would overspend by $13,996.

The report also highlights the importance of retaining the services of a knowledgable real estate professional in such a competitive market. More than 80 percent of recent homebuyers worked with a real estate professional, with millennials being more likely that other generations to need advice and guidance about the homebuying process.

MORTGAGE RATES MOVE LOWER BUT STILL CONCERN POTENTIAL HOMEBUYERS
While mortgage rates remain low by historical standards, most economists predict that they will steadily climb this year, and millennials are particularly aware of the impact.

It’s clear that Americans realize how higher mortgage rates will affect their abilities to purchase a home. Citing survey results from Toluna Research, realtor.com reports that 79 percent of active homebuyers say that rising interest rates will impact their search. For millennials, that number is even higher: 92 percent.