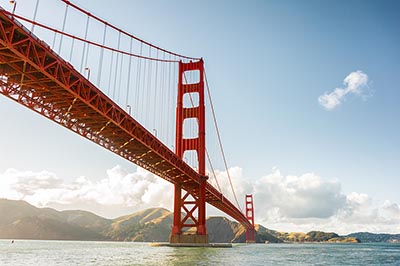 BAY AREA CITIES RANK AS THE YEAR’S THREE HOTTEST REAL ESTATE MARKETS
Bay Area cities have topped the monthly rankings of the nation’s most in-demand places to buy real estate every month of this year, so it comes as little surprise that these same communities have been named as the country’s top-performing housing markets of 2017.

That’s according to a realtor.com analysis published last week, which rounded up the year’s hottest real estate markets based on most listing views on its website and the fastest pace of sales. Having spent multiple months in the top spot this year, the Vallejo-Fairfield metropolitan area takes the No. 1 position. Realtor.com notes that Vallejo’s fortunes have risen in recent years as prices elsewhere in the Bay Area have soared and inventory has been depleted.

San Francisco landed in the No. 2 position, followed by San Jose at No. 3. The latter has ranked as America’s hottest housing market for the last three months, with prices up a whopping 25 percent year over year in November

GOOGLE PLANS MASSIVE NEW SILICON VALLEY CAMPUSES
Amazon.com recently announced that it had leased a significant amount of office space near Moffett Field in Sunnyvale, and it looks like another tech heavyweight could becomes its eventual neighbor.

The Mercury News reports that Google has proposed two buildings in Sunnyvale that could accommodate up to 4,500 workers by 2021. Together, the buildings offer more than 1 million square feet of office space near Moffet Field and would include plans for housing at the site in part to help alleviate Silicon Valley‘s gridlock.

Allowing employees easy access to work is also in Google’s plans for downtown San Jose, where it hopes to create a transit-oriented urban village near the city’s Diridon station. That plan calls for between 6 million and 8 million square feet of office space that could house up to 20,000 workers.

THE TOP NEIGHBORHOOD AMENITY FOR BABY BOOMERS
When it comes to community features that woo baby boomers, it turns out that food is a key attraction.

A survey by John Burns Real Estate Consulting, which polled 9,000 home shoppers between the ages of 53 and 71, found that a nearby grocery store is the community amenity that baby boomers want the most. Baby boomers also want to live in close proximity to restaurants, which ranked No. 2 in the poll.

Baby boomers place near additional emphasis on staying active, with fitness centers and walking trails also ranking high in the survey results. But they don’t necessarily want to get their exercise on the golf course, which didn’t appear on the list of desirable baby-boomer amenities until No. 49.

HOMEBUILDER CONFIDENCE NEAR TWO-DECADE HIGH
Continued demand for real estate propelled by a thriving U.S. economy and inventory constraints should keep construction trending upward in 2018, and builders are feeling good about their prospects.

The National Association of Home Builders/Wells Fargo Housing Market Index registers a 74 as the year comes to a close, its highest reading since July 1999. All three of the index’s measures rose from November to December: buyer traffic, sales activity, and projected sales over the next six months. All four major regions of the country also saw improved index numbers from November.

“With low unemployment rates, favorable demographics and a tight supply of existing home inventory, we can expect continued upward movement of the single-family construction sector next year” NAHB Chief Economist Robert Dietz said in a statement.