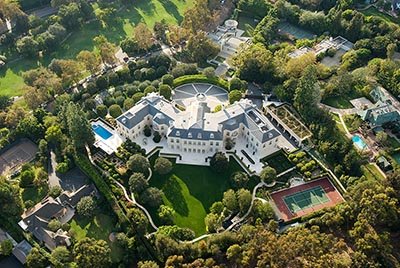 Demand for luxury homes remained strong nationwide this summer, with California counties accounting for a substantial portion of the markets where prices are growing the most.

That’s according to research from realtor.com, which ranks the top 20 U.S. housing markets for annual appreciation at the luxury price point, defined as the top 5 percent of residential properties. In Santa Clara County, luxury home prices increased by 14.5 percent year over year in June, making it the country’s third fastest-growing high-end market. A luxury home in Santa Clara County commanded $2,844,000 as of June.

Sonoma County‘s luxury home price rose by 13.3 percent from June 2017, while prices climbed by 12.2 percent in San Mateo County and 10.3 percent in San Francisco. Those latter two counties had the most expensive luxury homes of any city included on the list, a respective $3,505,000 and $3,313,000. The other California counties that rank among the country’s fastest-appreciating luxury markets: Santa Cruz (13.0 percent growth), Sacramento (10.0 percent growth) and San Luis Obispo (9.5 percent growth).

A new analysis by SmartAsset ranks the top 20 U.S. cities in which to buy a home large enough to raise a family on a 100-point scale based on six criteria: five-year change in home value, percentage of homes with at least two bedrooms, property-tax rates, change in rental costs, percentage of housing-cost-burdened homeowners, and housing costs compared with household income. Fremont ranks No. 5 on the list of places to buy a family-friendly home, with an overall score of 87.47.

Between 2012 and 2016, home prices in Fremont increased by 51 percent, and nearly 90 percent of homes in the city have at least two bedrooms. During that time, SmartAsset notes that rental costs in Fremont rose by 34 percent, which the company says means that renters are missing out on an opportunity, even though home prices in the city are relatively expensive compared with other housing markets included on the list.

U.S. HOME PRICES HAVE BEEN RISING FOR SIX-AND-A-HALF YEARS STRAIGHT
Although the number of U.S. homes for sale in August increased moderately from one year earlier, there are still not enough properties to meet demand, causing prices to continue their climb and homes to sell at a brisk pace.

The National Association of Realtors’ latest existing-home sales report puts the median price for all properties at $264,800 last month, an annual increase of 4.6 percent and the 78th consecutive month of year-over-year gains. There were 1.92 million existing homes on the market, up from 1.87 million at the same time in 2017, while the monthly supply of inventory rose from 4.1 to 4.3 on an annual basis.

Homes typically sold in 29 days, with more than half of them finding a buyer in less than a month. In a statement accompanying the report, NAR Chief Economist Lawrence Yun said that the nation’s inventory shortage is driving the pace of sales and that new-home construction is insufficient to satisfy the number of Americans who wish to purchase real estate.

MOST HOMEBUYERS START BY DOING THEIR OWN FINANCING RESEARCH
About three-quarter of prospective homebuyers are investigating financing before they do anything else, with first-timers even more likely to do their homework in advance.

Survey results from loanDepot and mellohome found that 73.5 percent of all homebuyers and 85.1 percent of first-time buyers are weighing financing options before they begin their search. In a statement accompanying the report, mellohome CEO Chris Heller noted that this trend is a big change from a decade ago, when buyers would typically have their real estate professionals do the finance-research legwork for them.

Buyers are likely doing their due diligence so that they can compete in a tight market, with more than two-thirds of respondents reporting difficulty finding a suitable home. Nearly that many said that coordinating mortgage paperwork was problematic, underscoring results from a recent Fannie Mae poll, in which 66 percent of Americans said that they would prefer that the entire process of obtaining a mortgage be conducted online.