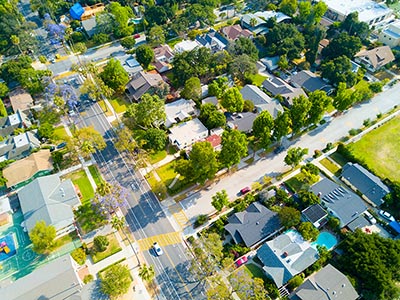 For the sixth straight month, realtor.com ranks the Vallejo-Fairfield metro area as the nation’s hottest housing market in July, based on fewest days on market and most listing views on its website. San Francisco, which has continually placed in the top two spots on realtor.com’s list, fell to the No. 3 position.

One major reason for the continued interest in Solano County real estate is its relative affordability when compared with other parts of the Bay Area. The median home price in San Francisco is $1.3 million, 238 percent higher than in Vallejo, where the median home price is $385,000.

THE BAY AREA LOSES TECH JOBS BUT IS STILL A DOMINANT HUB
Silicon Valley certainly isn’t the only place in the country to score a tech job, but it still stands apart, with the largest share of job listings and some of the highest-paying positions.

That’s according to an analysis by Jed Kolko for Indeed, which says that 19.2 percent of job listings in the San Jose metro area this year are in the tech sector, the most in the country. San Francisco’s share of tech job posts is 10.9 percent, lower than in Washington, D.C., Baltimore, Seattle, and Raleigh, North Carolina. San Jose and San Francisco have both seen tech jobs shrink since last year, down a respective 5.9 percent and 7.8 percent.

Fifty-six percent of tech job listings in San Jose this year are in higher-salary positions, slightly behind Seattle. San Francisco’s share of high-paying tech job listings is 52 percent, making it the only other hub mentioned in the study where high-salary jobs represent more than 40 percent of open positions.

SMALL SAN MATEO COUNTY CITY LIKELY TO QUASH PROPOSED NEW HOUSING
Although the Bay Area desperately needs more housing in order to keep affordability from eroding even more, residents of one local city will probably put the brakes on a proposed development that would add more than 4,000 housing units.

The Los Angeles Times reports on the Brisbane Baylands project, a proposed project of 4,400 homes on a 640-acre former rail yard and garbage dump just south of the San Francisco county line. If approved, the project could more than triple Brisbane’s population of 4,700. Some Brisbane residents oppose the project because they feel the development site is contaminated, while other simply want to preserve the city’s small-town feel.

Even the developer, Universal Paragon, doubts that Brisbane will approve the development. The city’s residents have twice blocked efforts to build homes on San Bruno Mountain, and from 2007 to 2014, only about one-third of Brisbane’s goal of 401 new homes were constructed.

U.S. RENTER RATE CLIMBS TO 50-YEAR HIGH
Although several factors have caused the number of Americans who rent to reach a near 50-year high, most of them still aspire to homeownership.

Citing data from the Pew Research Center, CNBC reports that 36.6 percent of U.S. households rented their homes last year, near the record high of 37 percent recorded in 1965. Pew Research Richard Fry, one of the study’s authors, attributed the increase in renters to home price appreciation, continued fears from the housing market collapse, student debt, and younger adults’ inability to amass a down payment.

But homeownership is still very much a part of the American dream, as nearly three-quarters of respondents to a 2016 Pew survey said that they want to purchase real estate at some point in the future.