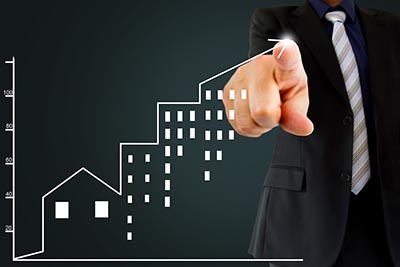 Citing CoreLogic data, The Mercury News reports that the median sales price for a single-family home in the nine-county Bay Area was $765,000 in December, a year-over-year gain of 13.8 percent. December marked the 69th consecutive month of annual Bay Area price gains, which CoreLogic Analyst Andrew LePage says compares with the appreciation recorded between late 2001 and late 2007.

‘We still have an inventory-starved market where demand is outpacing supply,” LePage said. “It’s bad news for first-time buyers and others looking for a foothold.”

According to CoreLogic, home prices in Santa Clara County rose by 35 percent on an annual basis, reaching $1.17 million in December. Although Silicon Valley home prices experienced a similar run-up following the dot-com era, one San Jose real estate broker crystalized the reason that this housing boom is unlikely to end the same way.

“These are real companies, with real numbers behind them,” Gustavo Gonzalez told The Mercury News. “Google isn’t going anywhere.”

A new report from the California Department of Housing Development says that almost 98 percent of the state’s jurisdictions are have not met the necessary guidelines for creating adequate housing units to satisfy demand under Senate Bill 35. That legislation, introduced by San Francisco Sen. Scott Wiener, aims to prod cities and counties that do not build enough new housing to streamline the permit process, thus keeping price appreciation in check over time.

Only 13 California and cities met housing goals last years. In the Bay Area, that short list includes Napa and Sonoma counties, as well as the cities of Corte Madera, Foster City, and Hillsborough.

BAY AREA RENT PRICES UNCHANGED OR DOWN FROM JANUARY
While San Francisco remains the nation’s most expensive rental market, prices have at least not worsened thus far in 2018.

Zumper’s latest monthly rent report puts the median February rent for a one-bedroom apartment in San Francisco at $3,400, still the highest in country but unchanged from the previous month. Rents in San Jose, the No. 3 most expensive U.S. rental market, held steady at $2,460 for a one-bedroom unit, also static from January but up by 9.8 percent on an annual basis.

Rent prices softened across the board in Oakland, America’s seventh most expensive place for tenants. February’s median $2,100 one-bedroom rent dropped by 2.8 percent from January and inched down 0.5 percent year over year. Prices for a two-bedroom unit were down by exactly 5.0 percent on both a monthly and yearly basis.