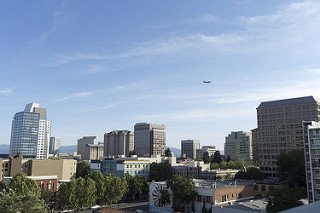 SAN JOSE, SAN FRANCISCO WELL EQUIPPED FOR TOMORROW
Good news for Bay Area residents and homeowners who are in it for the long haul: Our region’s two largest cities have been named the nation’s most prepared to meet the challenges of the future.

That’s according to findings from a recent conference by Harvard University and computer giant Dell, which ranked the top 25 most future-ready cities in America based on three major economic criteria:  the ability to attract innovative citizens, businesses that thrive on collaboration, and infrastructure strength. Based on those factors, San Jose stands as the most future-prepared city in the U.S., ranking high for its job market, worker productivity, and wage growth. San Francisco ranks No. 2 for future-readiness, earning points for human capital, innovation, and investment.

San Jose and San Francisco also had some of the highest percentages of college-educated residents in the country, though the summit found that both trail other top future-ready cities in terms of infrastructure.

OWNERS KEEP HISTORIC HAYES VALLEY VICTORIAN PRESERVED IN TIME
Even as San Francisco forges ahead to the future, reminders of its past are all around, including its iconic Victorian homes. And as The Wall Street Journal reports, one couple who own a historic property in the city are making sure that their home stays true to its roots.

Gail Baugh and Jim Warshell purchased a late-19th-century, five-bedroom, 5,000-square-foot Hayes Valley Victorian for just less than $1 million in 2003, a definite bargain by today’s prices in San Francisco. The couple decided to keep much of the home’s original structure and details intact, including its redwood beams, intricate wooden carvings, and sliding doors. The renovations that they have done mostly focus on energy efficiency.

In terms of interior design, Baugh and Warshell have bought most of their items second-hand, such as an 1870 piano believed to have been owned by former San Francisco Mayor James Rolph in the early 20th century. Besides pieces of local history, the homeowners have infused their home with furnishings from Hong Kong, Korea, and China.

MCMANSIONS DRAW IRE IN SILICON VALLEY
Builders across the country are constructing large, modern homes on lots originally meant to accommodate smaller dwellings, with Silicon Valley offering an extreme example of this trend.

A recent Realtor.com article relates the story of Mountain View homeowner Janet Per Lee, who has lived in her 1,000-square-foot ranch house not far from Google’s headquarters for 40 years. Less than a decade ago, the house next door to her was torn down, and the new owners built a towering home that Per Lee feels has robbed her once secluded backyard of privacy and adversely affected the character of her neighborhood.

Considering the cost of land in Silicon Valley, others argue that buyers should be able to build whatever kind of home they please. Partially in response to the proliferation of spacious, new homes in Mountain View, Per Lee has decided to sell her property and has already received multiple unsolicited offers that keep getting bigger.

HOME-STAGING TIPS TO BOOST MILLENNIAL APPEAL
As older Americans retire and downsize their large homes, many of them are finding that their prospective buyers are none other than millennials, and the way they approach staging can increase a property’s appeal for that generation.

An article in The Washington Post suggests making the living room and kitchen appear like ideal rooms to host a party; a taller-than-average kitchen table with bar stools gives the impression of a good place to put cocktails. Also, setting up a tablet PC or smartphone charging area near the home’s entryway caters to the needs of a generation accustomed to being constantly connected.

Other millennials may be starting families, so it’s good idea to highlight both indoor and outdoor areas where children can play. Home sellers who lack a yard can help downplay this shortcoming by clearly displaying maps of local parks and bicycle paths.