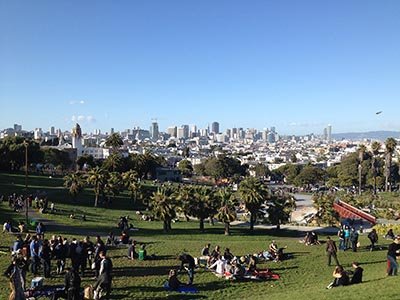 BOOMING JOB MARKET STILL DRAWING YOUNG WORKERS TO THE BAY AREA
Though many millennials are priced out of homeownership in California and the Bay Area, that’s not stopping them from flocking to the region to take advantage of a thriving employment market. And while the Bay Area remains the nation’s tech epicenter, most workers in the industry no longer feel that it is necessary to live here.

In both cases, young workers are drawn to the Bay Area for plentiful job opportunities and big paychecks; the unemployment rate in both San Francisco and San Jose is 3.7 percent. The downside, of course, is high housing costs, with residents of both cities spending more than 50 percent of their incomes on a mortgage or rent.

That cost burden is clearly taking its toll on the region’s bread-and-butter industry. According to a Forbes article, two-thirds of tech workers feel little or no need to live in the Bay Area anymore and are flocking to other up-and-coming tech hubs like Salt Lake City, which incidentally ranks as Realtor.com’s No. 1 cities for millennials.

BAY AREA URBAN RENTS SEE SIZABLE DECLINES, WHILE SUBURBAN PRICES RISE
San Francisco still has the dubious distinction as the most expensive U.S. rental market, but prices there and other pricey Bay Area enclaves have dropped substantially over the past year.

Zumper’s March Bay Area Metro Report, which tracks rent prices and movements in 30 local cities, puts the current median monthly rent for a one-bedroom apartment in San Francisco at $3,270, down 9 percent year over year. Palo Alto, the region’s second most expensive rental market at $2,890 for a one-bedroom unit, saw a similar annual 8 percent drop in prices.

SEATTLE TECH GIANT SINGLE-HANDEDLY RESHAPES EAST PALO ALTO JOB MARKET
East Palo Alto historically has not attracted as many high-tech companies as neighboring Silicon Valley communities, but one heavyweight is bringing a significant amount of new jobs to the San Mateo County city, a move that will continue to fuel demand for housing in the region.

The Mercury News reports that Amazon.com will bring 1,300 new positions to East Palo Alto, boosting employment in the city by 50 percent. The Seattle-based e-commerce pioneer is expanding its Bay Area footprint this year and looking to tap the region’s wealth of tech talent, having also leased 350,000 square feet of office space in Sunnyvale last month.

East Palo Alto’s 4.7 percent unemployment rate is about double that of neighboring Palo Alto and Menlo Park, so it’s crucial that the city prompt Amazon.com and other tech companies that may follow on its heels to hire local residents. City records show that the company has a plan to match East Palo Alto residents with jobs over the next decade, including funding an employment center.

ONE-THIRD OF LUXURY HOMEBUYERS WANT DUAL MASTER BEDROOMS
While dual master bedrooms might not be a particularly common home amenity, more buyers want them — and they’re willing to pay a premium.

A blog post from the National Association of Realtors says that among the top 10 percent of U.S. real estate markets, homes with two master bedrooms sold for about 9 percent higher than those with just one. Survey results from John Burns Real Estate Consulting found that almost one-third of buyers shopping for a home priced at $2 million and higher preferred dual master bedrooms.

Older homebuyers — who have more disposable income and are therefore willing to invest in a better night’s sleep — are helping fuel demand for properties with two master suites. Dual master bedrooms are also popular in multigenerational households with aging parents or boomerang children.