Northern California got a welcome but modest housing-supply boost as 2015 began, with the months’ supply of inventory (MSI) rising from December in every one of Pacific Union’s Bay Area regions and the Lake Tahoe/Truckee region.

The median home sales price dipped slightly month over month in most regions with several notable exceptions. In Silicon Valley, the median sales price climbed to nearly $3 million, and in the Mid-Peninsula, it hit a 12-month high of almost $1.7 million. Prices for single-family homes in the Lake Tahoe/Truckee region also rebounded in January, moving back up above $650,000.

Click on the charts accompanying each of our regions below for an expanded look at local real estate activity in January.

The median sales price in our Contra Costa County region decreased by a smidgen from December to close January at $975,000, but it is still up by more than 10 percent on an annual basis. On average, homes sold for about 97 percent of original price, nearly identical to levels observed one year ago.


The MSI in the region expanded a bit to 1.6, and homes took an average of 40 days to sell, similar to last January’s pace. 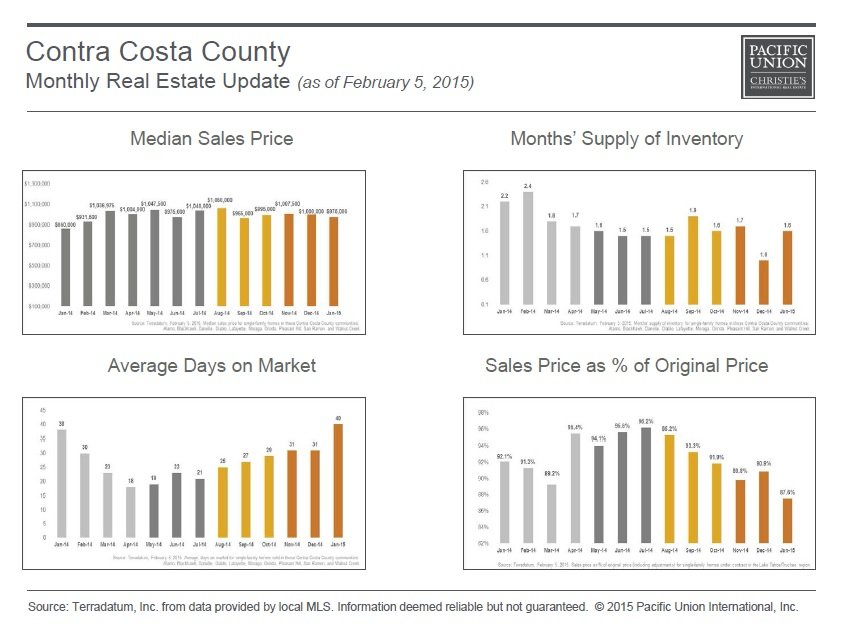 At $803,000, the January median sales price in our East Bay region was down from the preceding month but still 12.5 percent higher than it was at the same time last year. As has been the case for much of the past two years, the average East Bay buyer paid a premium to secure a home – about 4 percent – but overbidding activity was not as intense as it was last fall.After bottoming out in December, the MSI increased to 1.7 in January. Homes took an average of 35 days to leave the market, a yearly high and in line with what we saw last January. 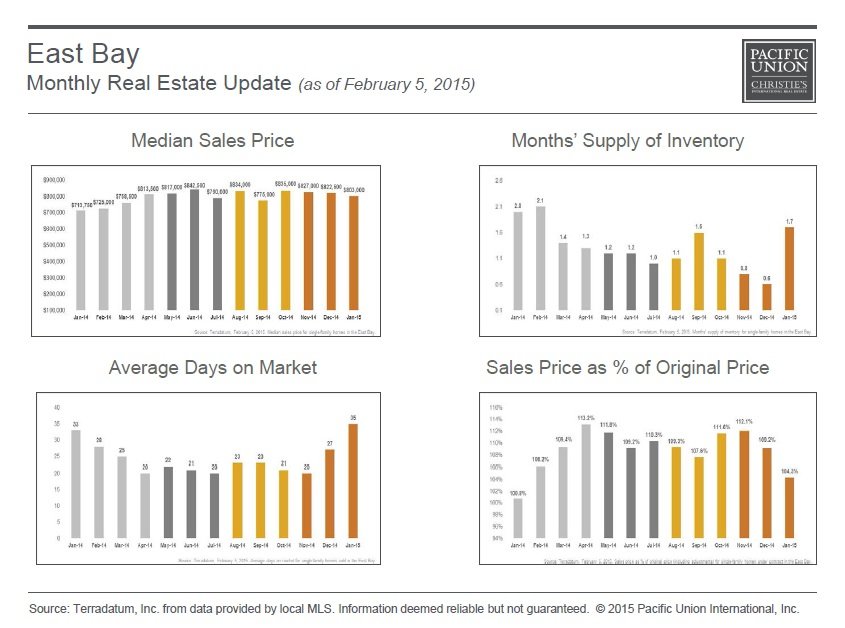