Bay Area home price growth continued to moderate in the third quarter, with most regions posting single-digit percent gains from one year earlier. The exceptions were Marin County and the East Bay, where prices were up by about 10 percent from the third quarter of 2015. Silicon Valley and the Mid-Peninsula saw slight annual price declines in the third quarter.

Below we offer a brief summary of third-quarter real estate activity in each of Pacific Union’s regions. The accompanying links lead to the full report for each region, where you can access the latest regional and community-specific market data and statistics to help you make a better, more informed homebuying or selling decision. 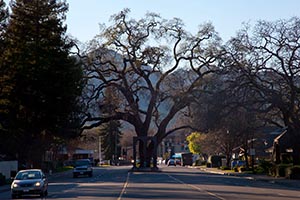 Following a slow start during the summer, the third quarter of 2016 in Contra Costa County ended on a strong note. While July’s sales activity disappointed when compared with July of 2015, the August and September rebound equaled last year’s activity. Also, after healthy increases in inventory in the first two quarters, the number of homes for sale stabilized at the same levels seen at the end of last summer — stubbornly low.

Slim inventory is the main hurdle preventing a larger pickup in sales activity, and this lack of supply is contributing to continued home price appreciation. Buyers remain more cautious and weary of bidding wars, with homes selling at a slower rate. Fewer homes sold above the asking price and at smaller premiums than at the same time last year.

The surplus of homes for sale at the high end of the market — those priced at $2 million-plus — that began earlier in the year leveled off by the end of the summer, as sellers who priced their properties too aggressively recalibrated their expectations in order to sell.

Looking Forward: Unlike the slowing sales activity observed last fall, which followed some of the strongest months of the last few years, we expect market activity to remain in line with August and September as the year winds down. With home shoppers having more properties to choose from, the balance between buyers and sellers is approaching healthier levels. 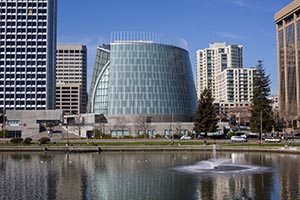 Third-quarter sales activity in the East Bay slowed from the same period last year but remained strong. The largest slowdown was observed at the beginning of the quarter, with the number of sales in July falling by double-digit percentage points across the entire Bay Area. The remainder of the quarter, however, fell in line with activity observed at the same time last year. The main driver for slowing activity remains a lack of inventory, particularly in the more affordable range priced below $1 million.

Bifurcation of sales activity across lower and higher price ranges was relatively more notable in the East Bay, where low-priced inventory remains depleted. At the same time, inventory of homes priced above $1 million has built up, and this price point is facing a greater sales challenge when compared with last year. Nevertheless, about two-thirds of homes are still selling above the asking price, the highest share in the Bay Area. The East Bay’s relative affordability is helping to push price appreciation, and the region has seen one of the biggest continued gains in the Bay Area.

Looking Forward: Activity should remain strong this fall, as the East Bay continues to absorb spillover demand from buyers shut out of San Francisco. Neighborhoods with transit accessibility still remain very attractive for commuters who are looking for relative affordability and easy access to San Francisco. 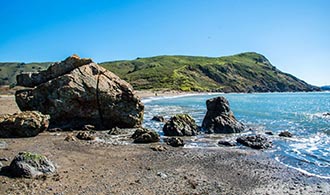 In general, higher-priced inventory in Marin County has faced a series of challenges this year. The inventory of homes for sale in the higher price range has built up over the last year, and indicators suggest a slight pause in the market. At the same time, the inventory of lower-priced homes has not budged markedly and remains low. Nevertheless, sellers across all price ranges were less likely to receive premiums, which were smaller than last year. Buyers remained interested and open houses were busy, but the sense of urgency seen in previous years has dissipated.

Looking Forward: Uncertainty surrounding the presidential election and the consequent instability in financial markets will continue to keep a lid on higher-end market activity. At the same time, the lack of affordable homes in Marin County remains a challenge. 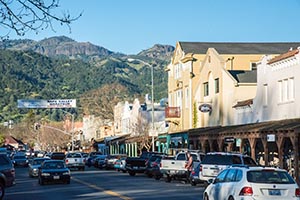 Napa County‘s third-quarter market activity fared relatively well when compared with other parts of the Bay Area. While July sales were lower than they were a year ago everywhere in the region, activity saw a solid annual increase in August in September. Generally, Napa’s sales activity has remained rather consistent over the last few years, while other parts of the Bay Area have seen ongoing declines. Napa’s relative affordability coupled with a healthy supply of homes is helping to boost sales.

Competition among buyers for homes priced below $1 million picked up in the third quarter, with more homes selling above the asking price. Sales of homes priced higher than $1 million also remained steady.

Looking Forward: A solid supply of inventory and a persistent influx of buyers will continue to fuel Napa County sales activity over the next few months. Affordability in Napa is unquestionably helping the area stay ahead of other Bay Area regions in terms of sales volume. 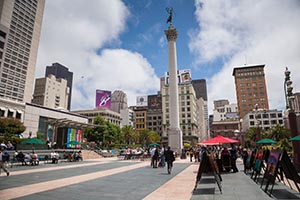 The third quarter in San Francisco continued along the same path seen in the previous couple of quarters, with normalizing market conditions striking a better balance between buyers and sellers. Sales activity in August and September was on par with the same period one year ago. July sales fell notably from last year, but this trend was consistent across the entire Bay Area and reflected a drop from the peak activity seen last July.

Home price appreciation came to a halt this summer, and some segments of the market saw lower median sales prices than last summer. Normalizing prices are a function of buyers’ affordability ceilings, as well as a buildup of inventory. Nevertheless, while increasing supply conditions provided a breather, inventory is still tenaciously low and continues to present a challenge for the San Francisco housing market. A lack of affordable homes is a considerable issue for the city, as young adults are attracted to urban amenities. The inventory of homes priced above $1 million has been growing, but supply still remains markedly below the level that is considered normal or representative of a balanced market.

Looking Forward: San Francisco saw incredibly strong housing market conditions over the past few years, and this year’s normalization trends may be interpreted with concern. But housing demand in San Francisco remains robust, and the tech industry continues to fuel investment in the region. Uncertainty surrounding the upcoming presidential election and its impact on global financial markets has led to some trepidation in the market, yet demand from traditional buyers should persist. 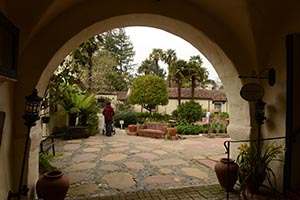 As observed in the previous few quarters, sales activity in Silicon Valley continued to normalize in the third quarter. Sales were lower during the summer months, and the quarter ended with fewer transactions on an annual basis.

Slowing of sales at the higher price segment — homes priced more than $3 million — trended lower again, and third-quarter sales at this price point were about 20 percent lower than during the same period last year. More inventory in this price range also brought supply closer to its historical average. Sellers of homes priced above $3 million were much less likely to get offers at asking price, and more sellers had to settle for lower prices than they originally anticipated.

Looking Forward: The lack of homes priced below $3 million continues to affect Silicon Valley and is a major constraint going forward. At the same time, the area’s core competency in generating venture capital is back in line with the highest levels seen during last’s year peak and will translate to continued job growth. 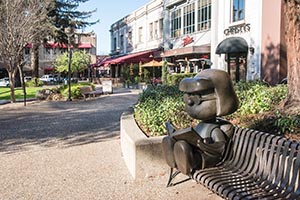 After a slow summer, September activity in Sonoma County picked up and fell in line with last year. Relative affordability and inventory constraints continue to drive home price appreciation. Lower median home prices than in other parts of the Bay Area are helping to draw buyers, but the frenzy seen across the region over the last few years is waning, and fewer shoppers are willing to engage in bidding wars.

The slowdown in Sonoma County was most notable for homes priced higher than $2 million, with buyers paying much smaller premiums than last year and expressing some reluctance to close deals. Still, absorption rates maintained at the same level as last year.

Looking Forward: Although Sonoma County’s sales activity was still in line with the early autumn of 2016, a notable drop in homes for sale will pose difficulties going forward, especially as demand remains strong. The lack of balance between buyers and sellers will continue to put pressure on prices, which should appreciate at a high single-digit percentage annual rate. 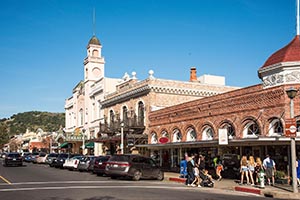 Unusual for this period when compared with last year and the recent past, September appeared to be somewhat of a turning point. Whereas the third quarter of 2015 was marked by a slowdown in new properties in escrow, September of this year was a different story, with more multiple offers and overbids, perhaps due to the uncertainty over the upcoming election.

Looking Forward: Sonoma Valley will continue to benefit from buyers with more discretionary income for second and third homes and from traditional first-time and move-up buyers. Activity throughout the remainder of the year will remain solid and in line with last year. With depressed levels of homes priced below $1 million, appreciation rates for properties in that price range should continue to accelerate. 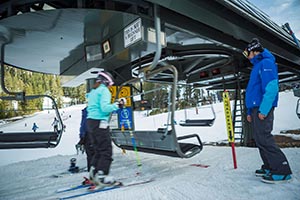 The third quarter in the Lake Tahoe/Truckee region was marked by a strong uptick in activity, as sales rose to the highest level in 15 years. Sales were particularly strong in Placer County, while activity in Nevada County picked up from previous quarters. As a result, the inventory of homes for sale also reached a low point not seen since the beginning of the housing recovery.

Sellers remained cautious about strategically pricing their properties in order to ensure a brisk sale. Consequently, price appreciation held steady, and homes were trading at about the same price as last year. Homes priced below $1 million continued to see the highest appreciation and sold faster than higher-priced properties. Nevertheless, sales volume at all price segments was higher this year than it was last year.

Looking Forward: Given that demand for Lake Tahoe real estate usually increases in the fall, we anticipate no shortage of buyers searching for vacation homes. However, dwindling inventory may pose a challenge for prospective buyers, and it will also fuel price appreciation.