In our recent fourth-quarter real estate report, we noted that inventory bottomed out in the majority of our Bay Area markets in the final month of the year. Aspiring buyers who got frozen out as the holidays approached will be glad to learn that more homes appeared on the market as 2014 kicked into gear.

In January inventory expanded in eight of our nine Bay Area regions from the previous month, Sonoma Valley being the lone exception to this trend. At the same time, median prices for single-family homes followed suit, increasing monthly in every region but San Francisco and Sonoma County.

If January is any indication, 2014 is shaping up to be another booming year in the Northern California residential real estate market.

Both the median sales price and the months’ supply of inventory (MSI) improved modestly in January from the previous month in our Contra Costa County region. 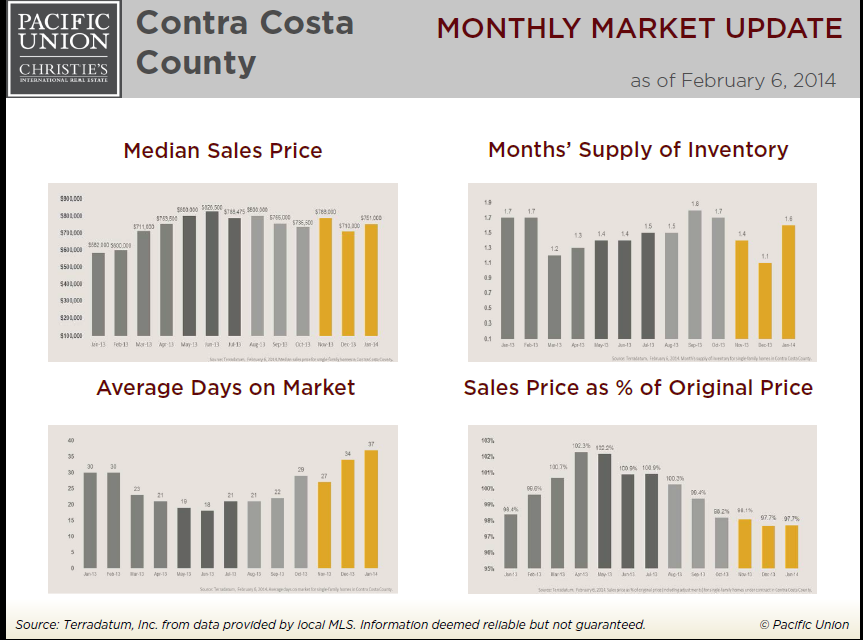 Home prices ended the month at $751,000, a 6 percent gain over December. The MSI rebounded to 1.6 – still strongly in favor of sellers but also a month-over-month increase.

Contra Costa homes stayed on the market an average of 37 days in January, the longest such period in a year. Sellers received 97.7 percent of their asking price, identical to totals recorded in December.

The MSI in the perpetually sizzling East Bay market shrank to a yearly low in December but more than doubled in January, climbing back to 1.7. 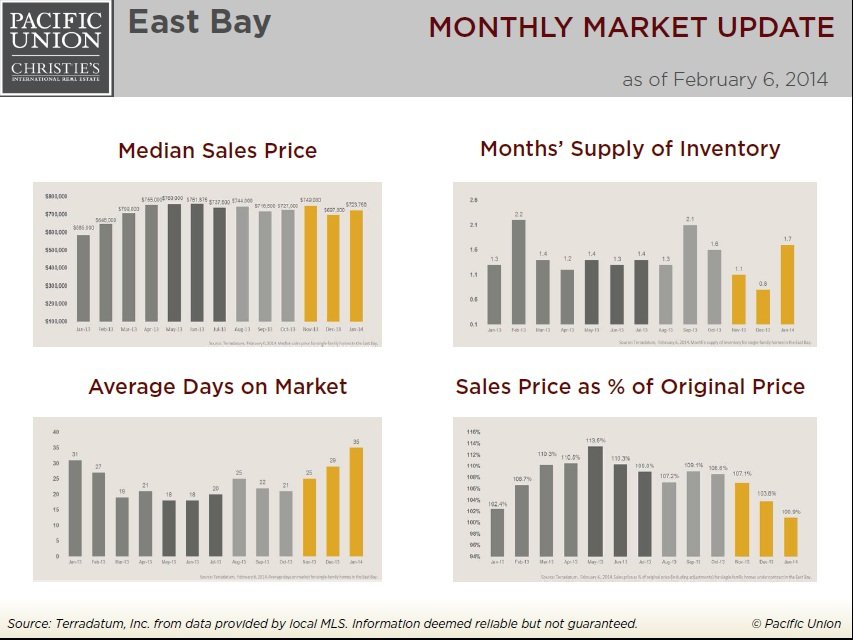 As in Contra Costa County, the median sales price in the East Bay inched back up in January to nearly $724,000, a month-over-month gain of 4 percent. Buyers could afford to spend a little more time shopping than in months past; homes lasted 35 days on the market, also a yearly high.