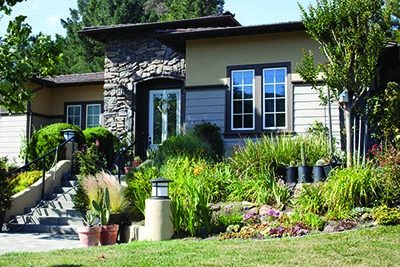 Strong price appreciation has increased the amount of equity that homeowners can borrow against, with California accounting for a significant share of the nation’s equity.

Black Knight Financial Services’ latest monthly Mortgage Monitor says that 40 million Americans with a mortgage had tappable equity — at least 20 percent — in their homes as of the first quarter. Nationwide, homeowners had a total of nearly $5 trillion in lendable equity.

“This is the largest this population has ever been,” Black Knight Data & Analytics Executive Vice President Ben Graboske told the National Association of Realtors. “If home prices continue to rise at or near their current rate of appreciation, tappable equity will likely hit record highs by this summer.”

Home prices increased by 2.3 percent in the first quarter, allowing an additional 350,000 owners to regain equity. The number of underwater homeowners decreased by 35 percent from the first quarter of last year to 1.8 million, the first time in over a decade that number has dropped to below 2 million.

More than half of the country’s tappable home equity is concentrated is its 10 largest metro areas. Eight of the 10 U.S. housing markets with the most home equity are located in coastal areas, and four are in California. In fact, the Golden State is responsible for 40 percent of the nation’s tappable equity.

Los Angeles has the nation’s most tappable equity, at $702 billion, still short of the $888 billion recorded in 2006. San Francisco places No. 2 in the nation for home equity with $457 billion, while San Jose ranks No. 4 at $235 billion. Both Bay Area cities have reached all-time high records of tappable equity.

Graboske noted that while the increase in lendable equity benefits both homeowners and lenders, it does create some risks, including a higher share of equity-driven prepayment risk and more borrowers adding second liens.