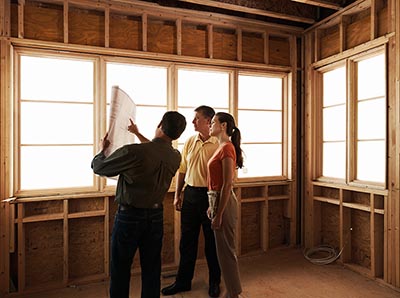 Happy National Home Improvement Month: Increasing home equity and confidence in the U.S. housing market helped lift remodeling spend significantly over the past year, with another boost expected in the coming year.

That’s according to home-improvement portal HomeAdvisor’s 2017 True Cost Survey and Report, which says that average home-renovation spending increased to $5,157 in the past 12 months, a 60 percent gain from the previous 12 months. Homeowners in Western states dropped an average of just more than $6,000 on remodeling, the most of any major region of the country and a reflection of strong home price growth.

Baby boomers are completing the most home-improvement projects of any generation and are also spending the most money, an average of $5,604, with millennials not far behind. The majority of baby boomers — 81 percent — were confident they paid a fair price for the renovations, a substantially higher level of cost satisfaction than millennials or Gen Xers.

Many baby boomers are making home improvements so that they can age in place, according to a separate poll from the National Association of Home Builders. Aging-in-place modifications growing in popularity include increased lighting, curb-less showers, bathroom grab bars, nonslip floors, and wider doorways. More information on these and other older adult-friendly home modifications can be found in this list of tips on the Pacific Union blog.

With the recession firmly in the rearview mirror, homeowners are undertaking bigger, more expensive home-renovation projects. HomeAdvisor says that additions and exterior renovations have topped the list of its remodeling requests over the past year. Building a home addition costs an average of about $41,000, while constructing a garage costs $25,000. Kitchen– and bathroom-remodeling activity is also healthy and projected to increase.

Expect another solid year for the home-renovation industry, with two-thirds of survey respondents reporting that they will spend the same or more on remodeling projects in 2017. HomeAdvisor projects improvement spend to increase by 6 percent to 7 percent this year, as the nation’s strong economy allows more people to purchase homes. Longer term, rising mortgage rates could push home-remodeling spend and activity even higher, as owners become reluctant to sell and instead opt to keep their low rates and renovate their properties.