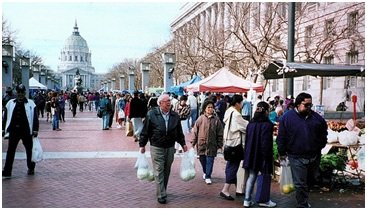 Home inventory across the U.S. was up 11.1 percent year over year in January, according to Zillow’s January Real Estate Market Reports. Where are these houses?  Not in the Bay Area, unfortunately.

Inventory is anything but up in two Bay Area metro regions. In San Jose, inventory was down 5.9 percent from the previous January; in San Francisco, the number of available homes for sale declined 1.8 percent.  Home ownership costs have become the chief concern for San Francisco residents in 2014, edging out the usual hot- button of homelessness. In a survey conducted by the San Francisco Chamber of Commerce, 34 percent of residents think housing affordability is the most important issue the city faces, up from 20 percent in 2013. Along the same lines, skyrocketing rental costs are the No. 2 concern, with 21 percent of respondents noting it as a top priority.

Buyers in the San Francisco and San Jose metropolitan areas were more than twice as likely to pay over asking price than those in other parts of the country, according to research from Redfin. In January, 53.3 percent of house in San Jose sold for above asking price and 50 percent of San Francisco sales involved overbids.

Zillow’s January Home Value Index ranked homes in the San Jose region as most valuable in the country at nearly $745,000, a month-over-month increase of 0.2 percent. The San Francisco area was not far behind, with an average home value of more than $642,000, up 0.4 percent from December.

What effect is this going to have on our Lamorinda real estate market. As San Francisco’s robust economic recovery continues and prices continue to head in an upward direction,s it will inevitably push more people looking for home out to the suburbs. With our low inventory the logic of supply and demand will apply, and we should see rising home prices in the coming year.