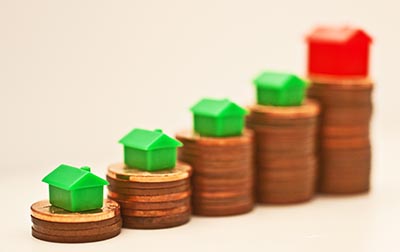 Appreciation sped up in the final three months of 2016, pushing prices to new all-time highs in just over 50 percent of U.S. housing markets. Here in the Bay Area, annual home price growth outpaced the national rate, and the region’s two largest cities remain the nation’s most expensive.

In its latest quarterly report, the National Association of Realtors says that the median U.S. existing home price rose to $235,000 in the fourth quarter, an annual gain of 5.7 percent. Eighty-nine percent of measured housing markets saw annual home price gains in the fourth quarter, compared with 87 percent that experienced year-over-year appreciation from the third quarter.

NAR Chief Economist Lawrence Yun attributed last year’s steady home price gains to a familiar culprit: not enough supply to meet demand. Factors driving the intense demand include the creation of 1.7 million jobs in 2016 and mortgage rates that hovered below 4 percent for most of the year. Meanwhile, existing-home inventory was down by 6.3 percent on an annual basis in the fourth quarter and is now the lowest since NAR began tracking supply conditions in 1999.

California has the nation’s tightest supply conditions, according to a January report from John Burns Real Estate Consulting. San Jose, Los Angeles, and San Diego are among the nation’s five most undersupplied markets relative to population growth. Currently, the state is only building one new housing community for every 27,300 residents.

Of the 150 markets NAR has tracked for the past 11 years, 52 percent of them now have matched or surpassed their previous price peaks. The report doesn’t indicate which markets have set new home price records, but a separate analysis from Black Knight Financial Services says that home prices in the San Francisco and San Jose metro areas peaked in October and May of 2016, respectively.

The Golden State claims four of the nation’s five priciest real estate markets: San Jose, San Francisco, Anaheim, and San Diego. The San Jose metro area is the most expensive, with a median existing single-family home price of $1,005,000, up 6.3 percent from the fourth quarter of 2015. According to additional NAR data, San Jose households that put down a 5 percent down payment require annual incomes of about $218,000; those who can put down 20 percent can qualify with incomes of about $184,000.