Generally speaking, after years of high appreciation rates, annual 2019 Bay Area median home prices went down a little bit, went up a little bit or basically remained unchanged as compared to 2018. The Inner East Bay house market went up the most, outperforming all other major Bay Area markets.

For 2020, economist Ken Rosen at UC Berkeley has said he expects the Bay Area median price to remain basically flat, within a general range of up or down 2% – in other words, similar to what happened last year. We can’t predict the future, but that doesn’t sound unreasonable, and happily avoids the sensationalism of many other media-grabbing forecasts. Of course, it is certainly possible that the greater Oakland-Berkeley area will continue to exceed the general-region appreciation rate. 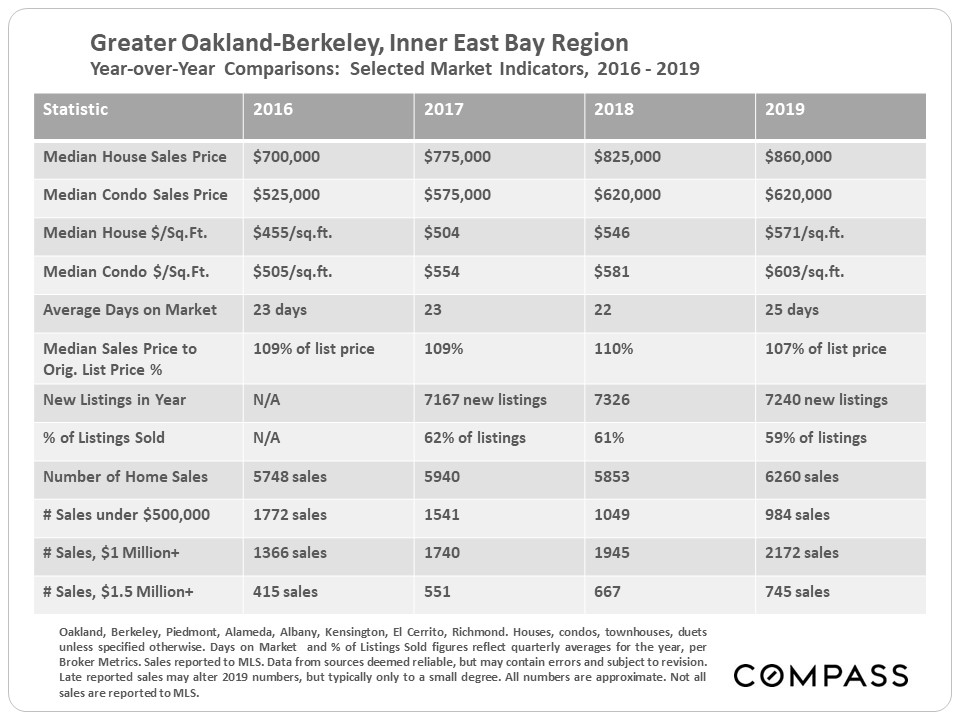 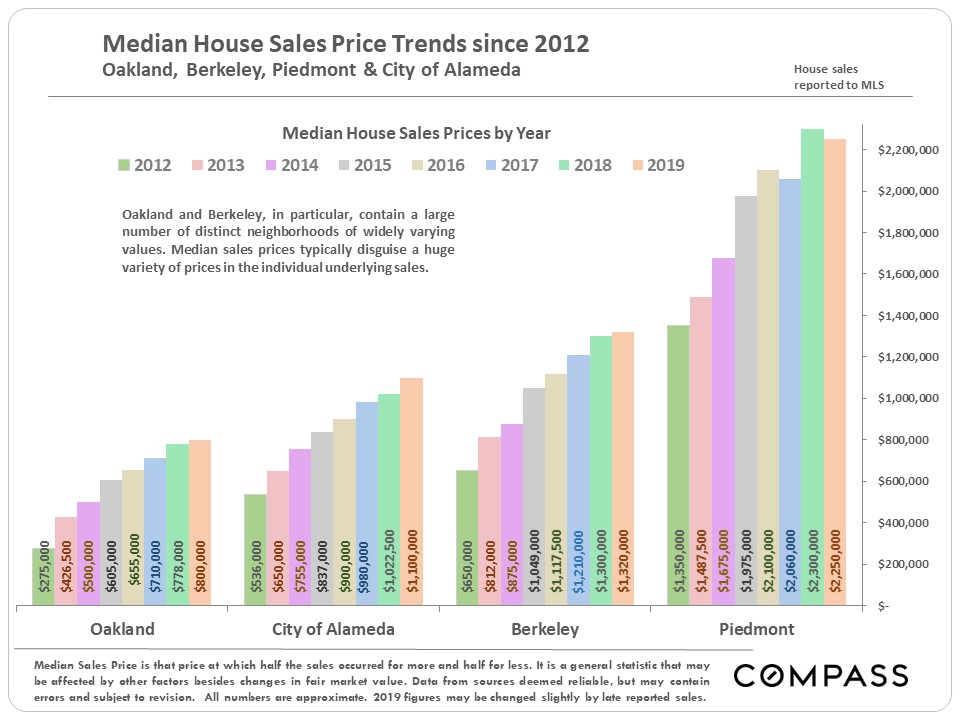 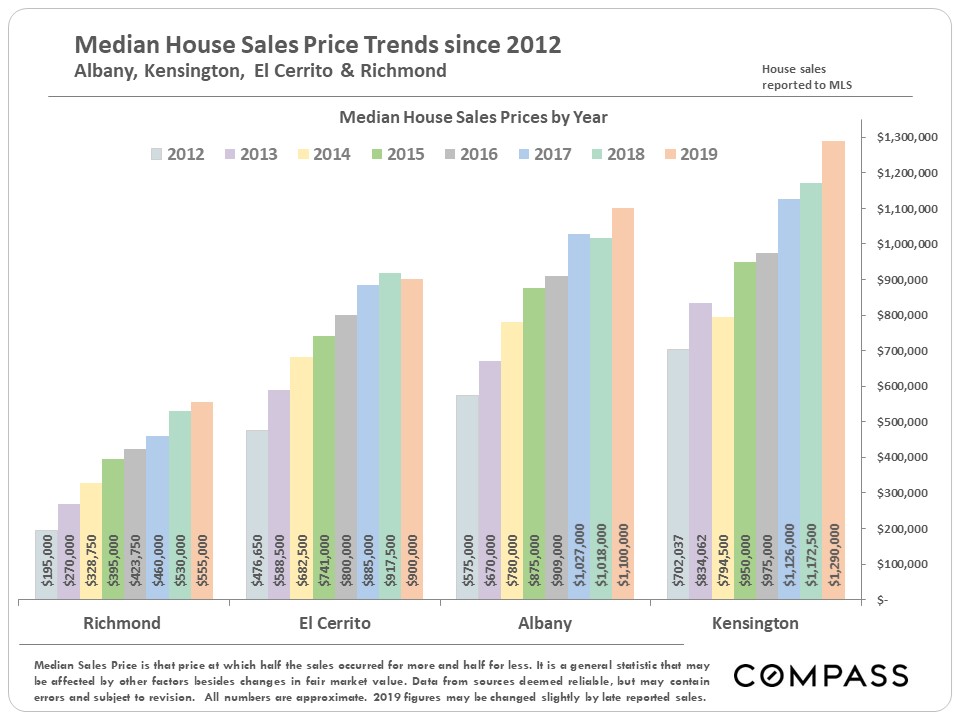 Median sales prices are generalities and not exact measurements of changes in fair market value. They can be affected by a number of factors and are sometimes subject to anomalous fluctuations. How they apply to any particular home is unknown without a specific comparative market analysis.

The Inner East Bay tracked the general Alameda County trend line (below) until this past year or so, when it continued to see median home price increases while the county as a whole saw year-over-year declines. 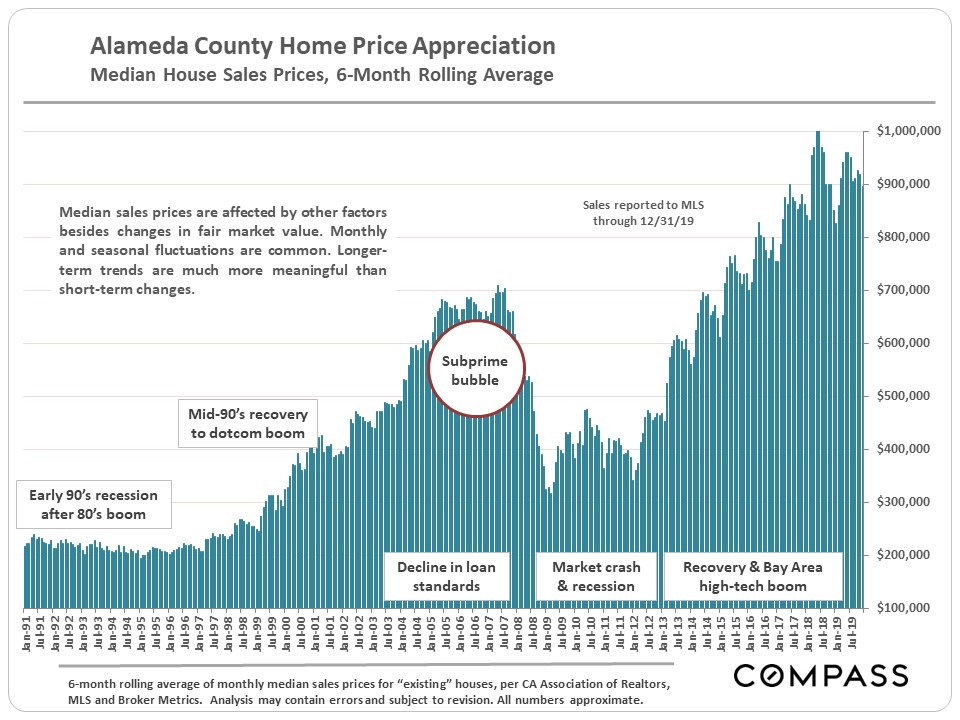 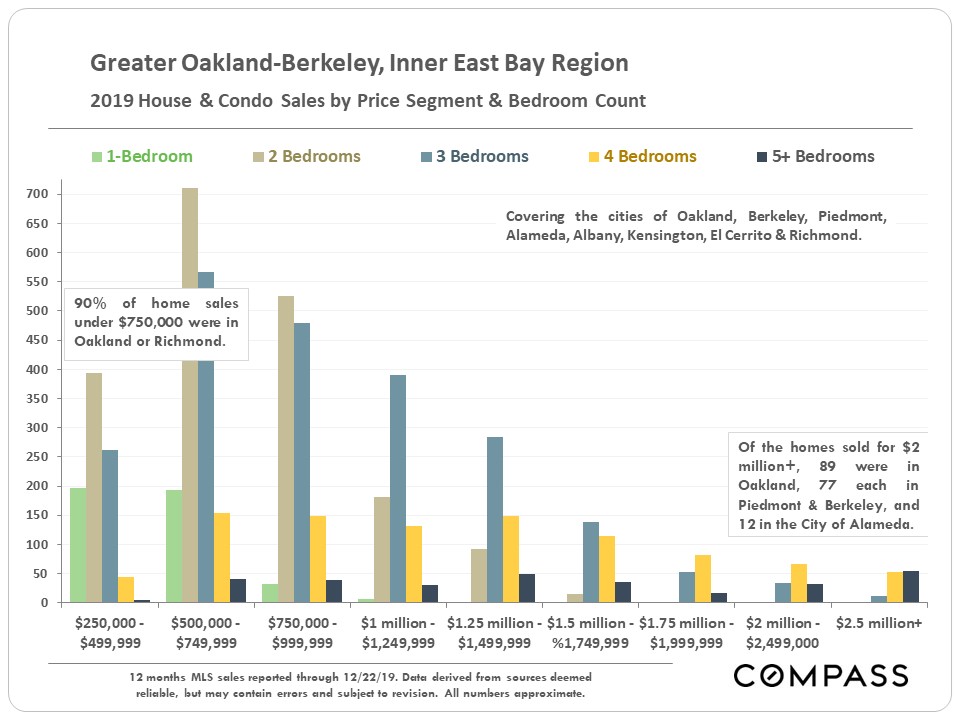 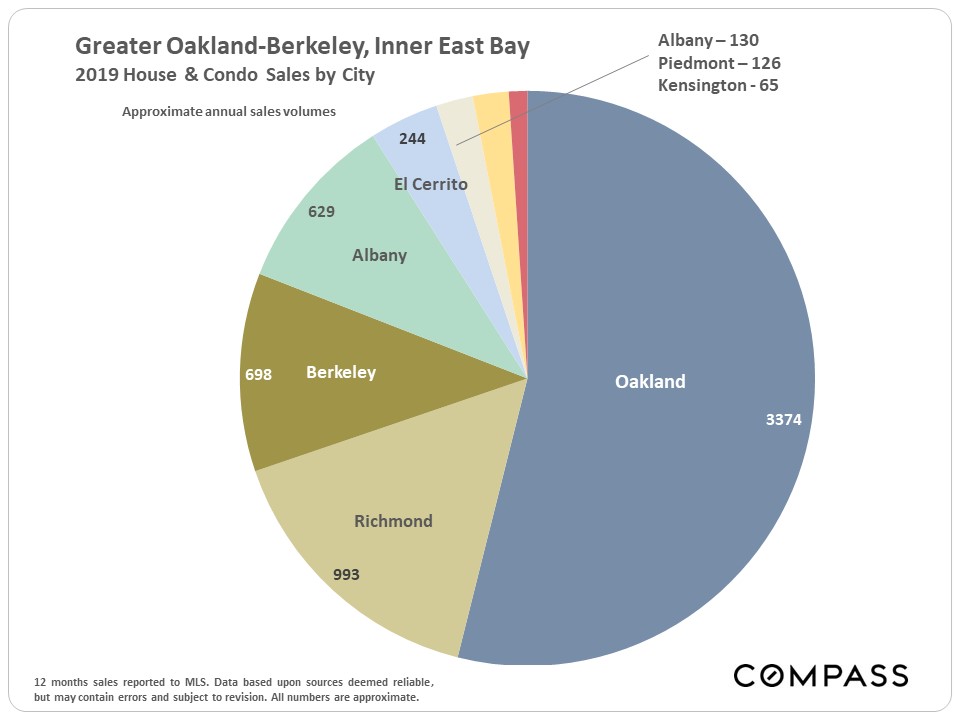 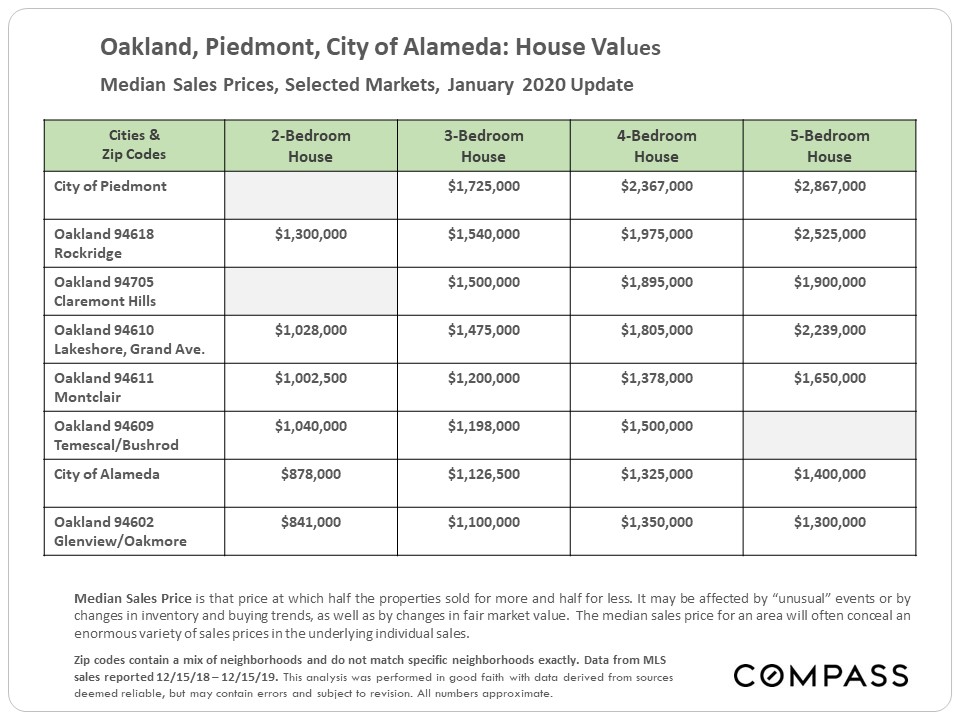 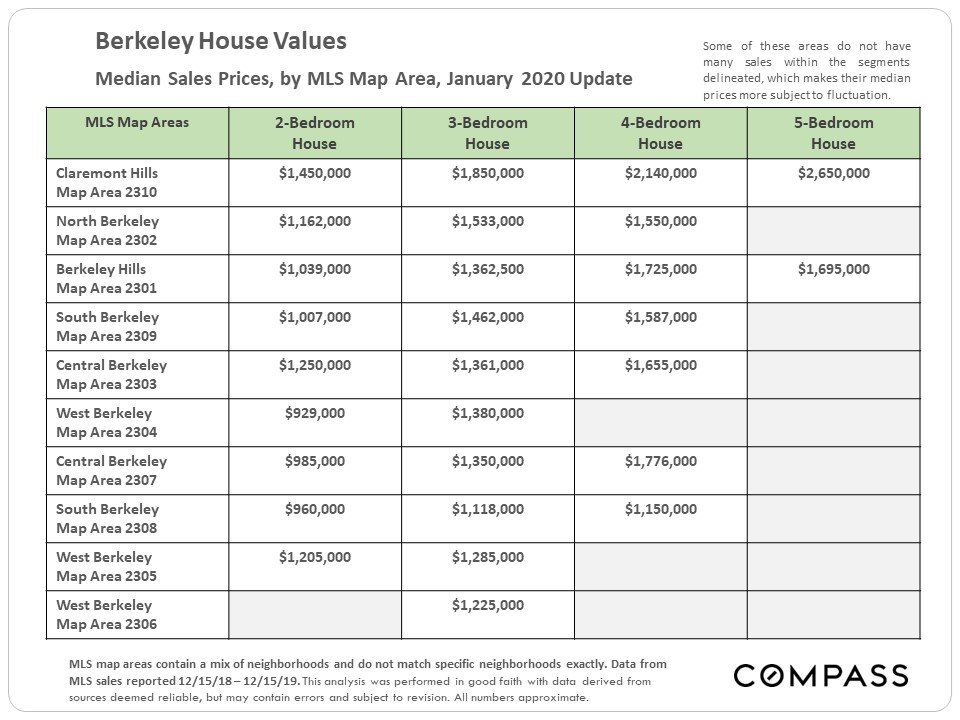 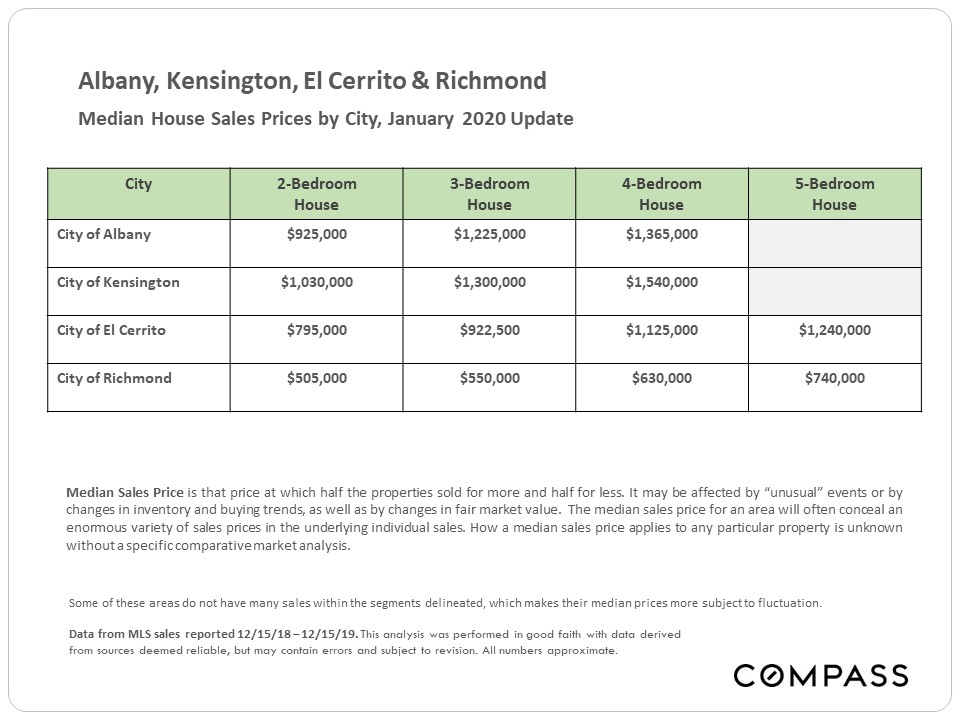 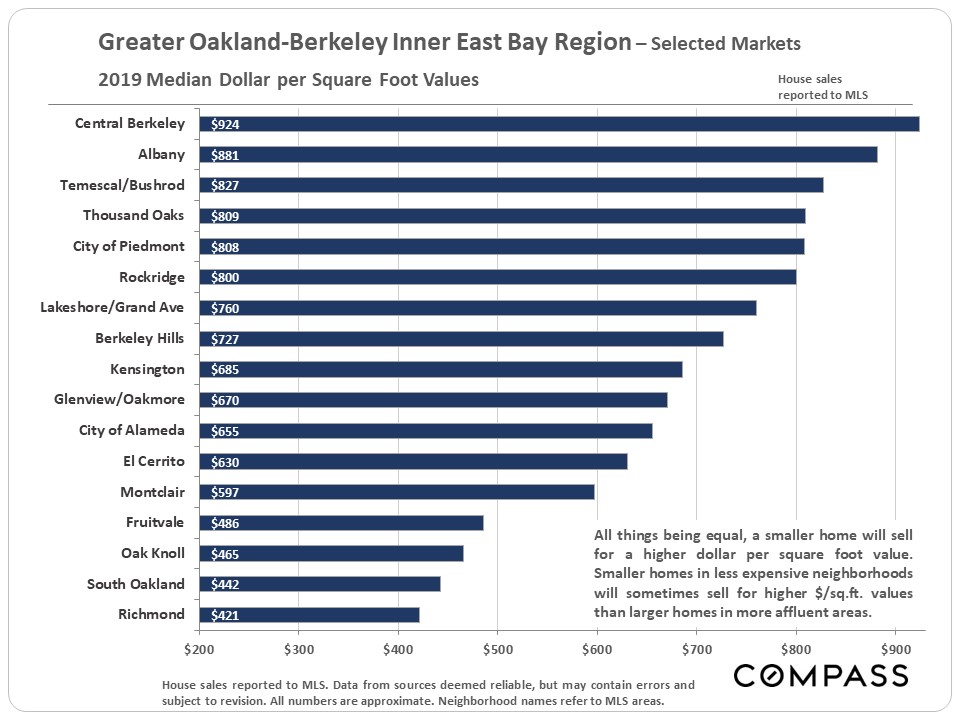 Oakland is now seeing a boom in new housing construction, exceeding that in San Francisco. The increase in new apartments and condos being built may affect the supply and demand dynamic in those segments, ameliorating future price increases. 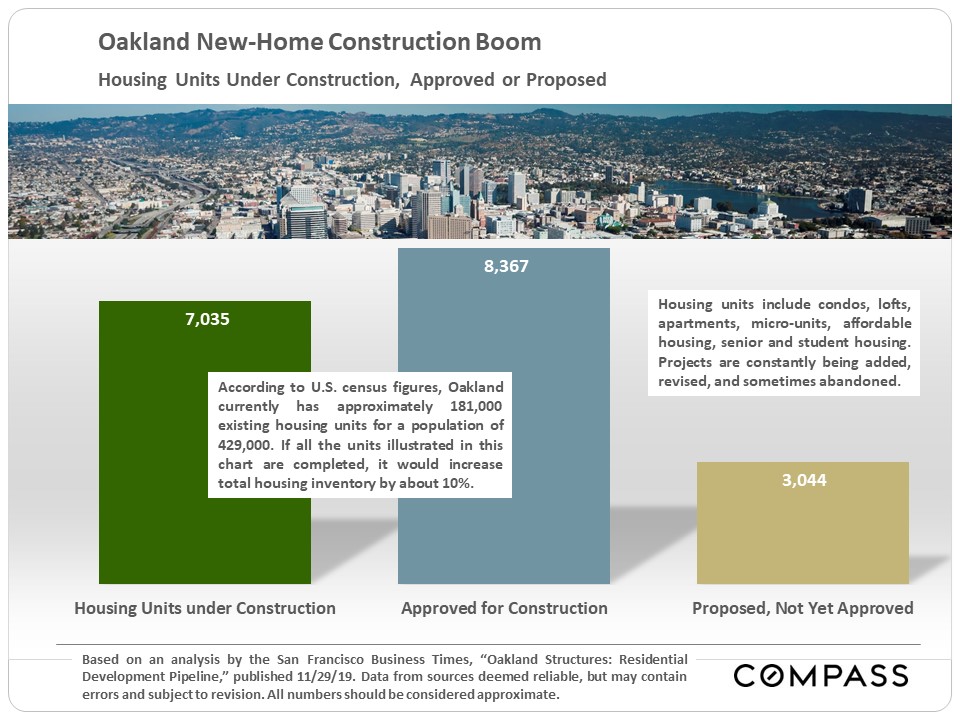 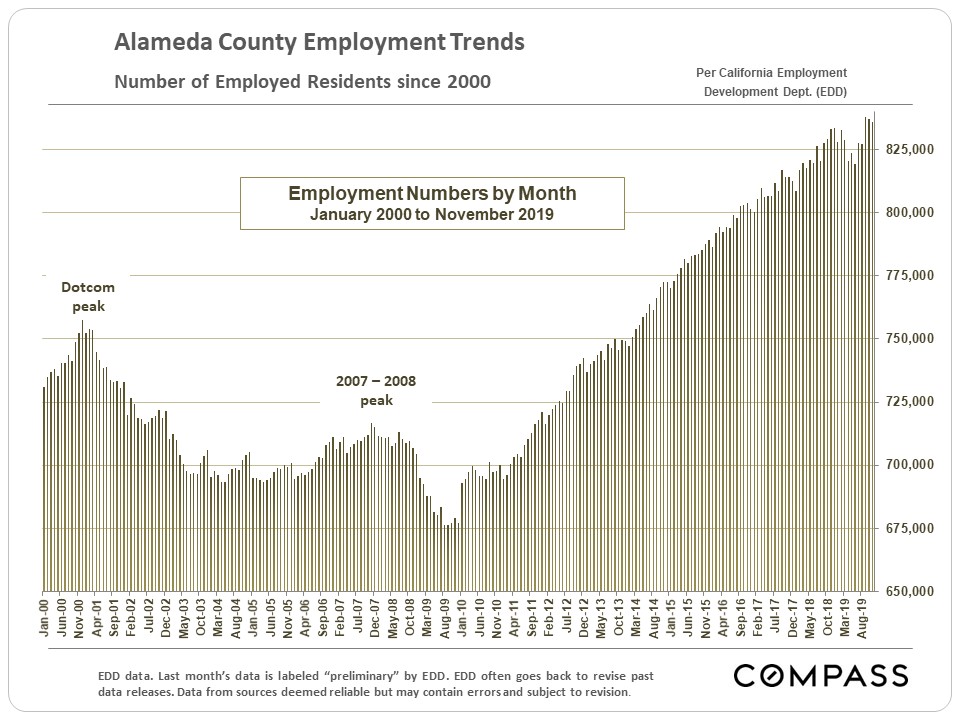 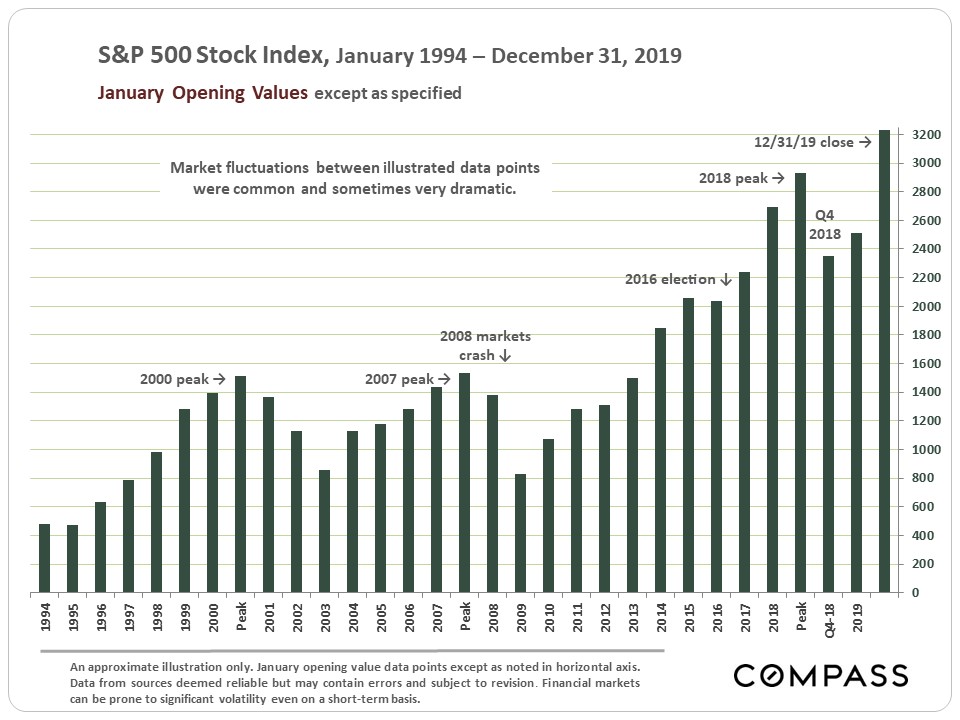 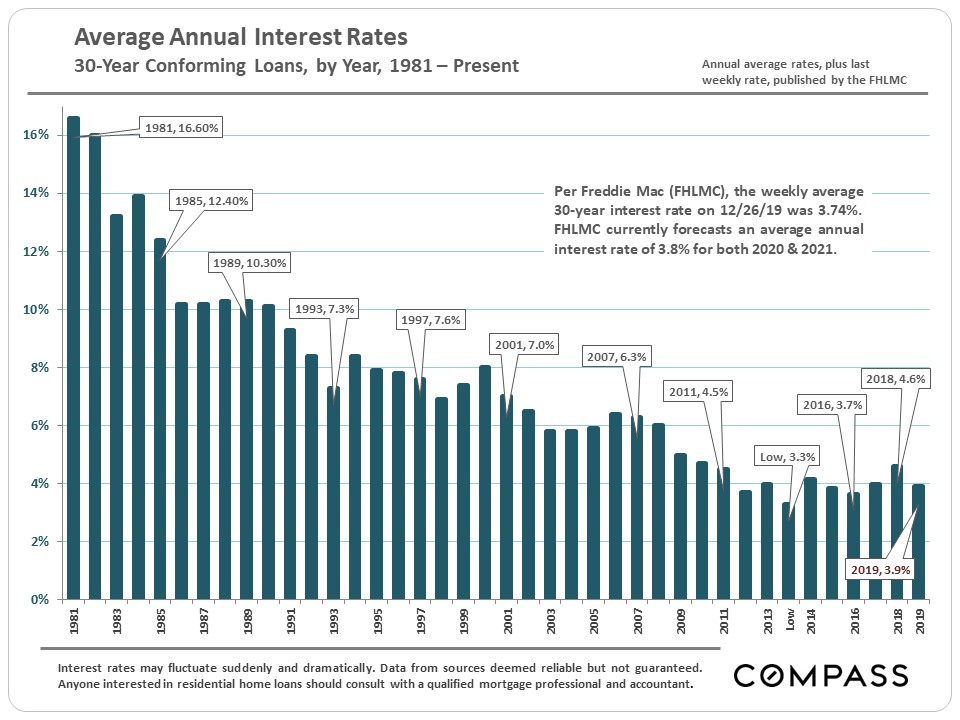 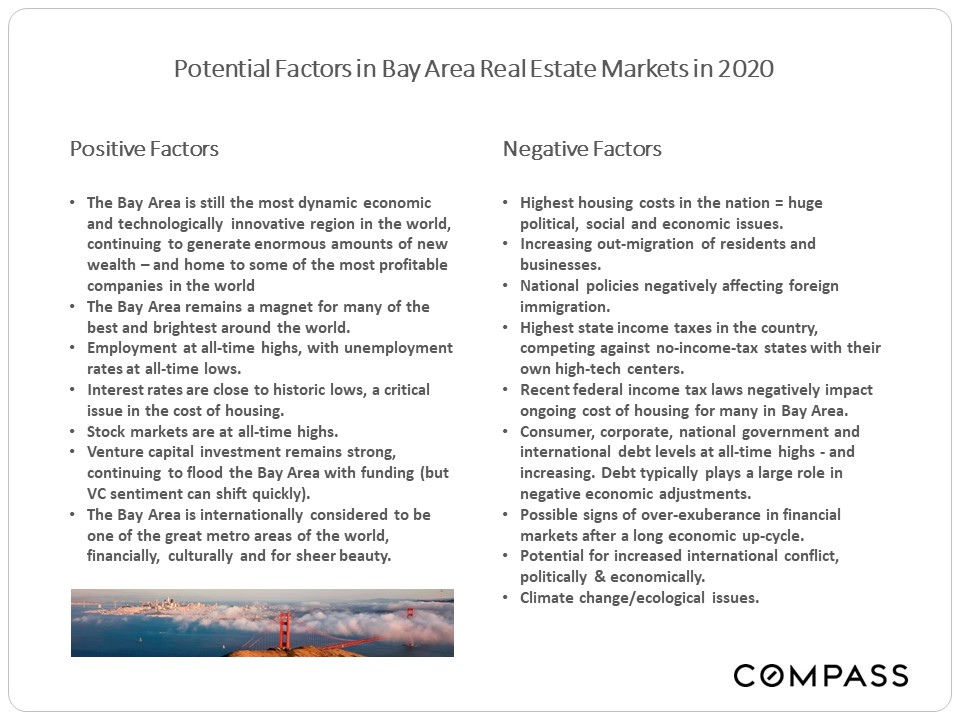 While many local counties are experiencing increasing out-migration of residents and businesses due to a number of issues (including housing costs), the Inner East Bay remains a big destination for people relocating from San Francisco (where the median house price is $1.6 million). The relative affordability of its housing is a major factor in this dynamic.