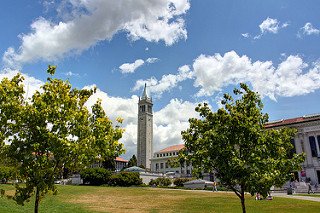 The University of California, Berkeley campus.

Tech workers who are priced out of San Francisco’s exorbitant real estate market aren’t the only Bay Area residents scrambling for homes in the East Bay. Recently ranked as one of the country’s top 10 colleges and a perennial breeding ground for entrepreneurs, the University of California, Berkeley is also a prominent driver of demand for East Bay real estate.

Many new professors and college faculty members, as well as graduate and undergraduate students, have migrated to Berkeley and the surrounding communities for the start of the 2015 school year. And both will likely be active as the traditionally busy fall real estate season kicks into gear in a market that is solidly tilted toward sellers — at least according to the numbers.

According to MLS data, the months’ supply of inventory (MSI) for single-family homes in Berkeley was a scant 0.8 in August and has not exceeded 2.0 in any month since August 2013. A balanced MSI is generally considered to be between 4.0 and 6.0 months, with lower numbers favoring sellers and higher numbers favoring buyers.

Supply constraints, of course, lead to increased competition and the inevitable bidding wars. For the past two years, the average Berkeley home has sold for more than original price in every single month, with buyers paying 13.8 percent premiums in August.

Berkeley’s median single-family home price actually eased to $982,000 in August after five consecutive months above the $1 million mark. But a home that’s close to public transportation or in a highly walkable neighborhood is still quite likely to fetch more than that, says one of Pacific Union’s top Oakland real estate professionals, who has been working in Berkeley for more than 20 years.

“The closer to BART, and the closer to shopping one is, the more expensive your house is,” she says, noting that UC, Berkeley students and their parents are currently keen on recently converted condominiums that were once buildings, duplexes, and fourplexes. High-rise buildings south of campus are also popular with student-parent buyers, as are some smaller homes in the highly desirable Elmwood neighborhood.

For professors who are shopping for a home this fall, proximity to the 1,200-acre campus is perhaps the main factor driving a buying decision.

“The general thrust is for single-family homes of two, three, or four bedrooms around the university,” our Oakland professional says. “It’s the professors with the hope of walking to the university.”

Walk Score, an online service that ranks neighborhoods based on amenities within a quarter-mile distance, gives Downtown Berkeley, just west of the campus, a 95 of 100, making it the city’s most walkable neighborhood. The neighborhood surrounding Telegraph Avenue south of campus scores a 91, while the neighborhood directly to its north notches an 88.

Professors and staff members with children are also shopping in quieter neighborhoods, such as the Berkeley Hills or Oakland’s Claremont. Those on tighter budgets may want to consider West Berkeley, which, while less walkable to the campus, has smaller and more affordable homes. The neighboring communities of Albany and Kensington are highly regarded locally for their public schools.

Regardless of which neighborhood they land in, both Berkeley students and faculty members who are lucky enough to nab a home will be purchasing a piece of a passionate city that’s rich in culture, opinions, food, and entertainment, a combination that one of Pacific Union’s top Berkeley real estate professionals says makes the city “just a really pleasant place to live.”