Sky-high real estate prices are keeping the vast majority of young buyers on the sidelines of the Bay Area housing market in 2016, with the San Francisco metro area posting one of the smallest percentages of closed home loans for that demographic. 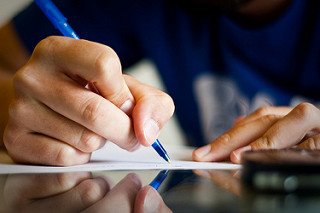 Mortgage-processing company Ellie Mae’s Millennial Tracker tool, which compiles data on closed home loans for buyers born between 1980 and 1999, says that 17 percent of applicants for mortgages in the San Francisco-Oakland-Hayward metro area were millennials between January and August of 2016. The numbers dovetail with recent data from San Francisco-based lender Earnest, which found that less than 10 percent of under-35 residents in the Bay Area’s two largest metro areas own homes.

The analysis again illustrates the importance of having an above-average credit score for Bay Area homebuyers, regardless of their age. It also shows how dual incomes affect young buyers in the region, with roughly two-thirds of successful applicants classified as married across all local regions.

The following is Ellie Mae’s breakdown of closed loans so far this year in Bay Area metropolitan statistical areas (the company lacks data for Napa County):

San Francisco-Oakland Hayward: Millennials accounted for 17 percent of closed loan applications in the San Francisco metro area so far this year, the second lowest rate among the country’s 25 most populous cities and only slightly higher than Los Angeles. The average young buyer borrowed $464,392 to purchase a home appraised at $672,438. The average FICO score stands at 751, and 59 percent are married.

San Jose-Santa-Clara-Sunnyvale: Silicon Valley’s income growth has given millennials slightly more buying power, with a 19 percent closed-loan rate so far this year. San Jose millennials require the best credit score in the Bay Area in order to finalize a loan — 754 — and 63 percent are married. The average successful lender borrowed $527,704 to buy the average home appraised at $814,469.

Santa-Cruz-Watsonville: There have been even fewer millennial borrowers in Santa Cruz than in the Bay Area proper this year, with that demographic accounting for just 12 percent of activity. Those who were successful have FICO scores of 754, identical to their Silicon Valley neighbors. Sixty-six percent are married, and the average loaner borrowed $460,393 to buy a $626,053 home.

Santa Rosa: Through August, millennial buyers have represented 15 percent of closed home loans in Sonoma County in 2016, with 57 percent classified as married. The average FICO score is 740, with lenders typically issuing a $374,089 loan to purchase a home appraised at $494,200.

Vallejo-Fairfield: Millennials have accounted for 22 percent of all successful 2016 loan applicants in the Solano County suburbs, more than anywhere else in the Bay Area, and also seal the deal with lower average FICO scores of 727. The Vallejo-Fairfield area has the region’s least expensive homes — appraised at an average of $375,913 — which translates to an average loan of $300,482. Fifty-seven percent of young buyers in Solano County are married.