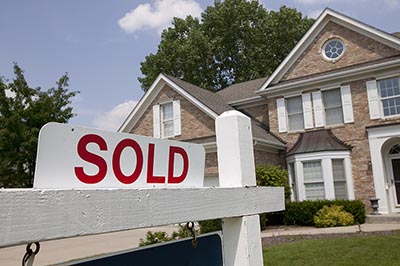 The latest home sales and price report from the California Association of Realtors says that single-family homes in the state sold in an average of 22.4 days in June, the fastest pace of sales recorded since May 2004. California home prices remain at their highest level in a decade, climbing to $555,150, an annual gain of 7.0 percent. According to CAR President Geoff McIntosh, the state’s inventory drought is the primary factor fueling the brisk pace of sales and price appreciation.

“With active listings 13.5 percent lower than last June, we’ve now experienced a full two years in which active listings have fallen on a year-over-year basis and the lowest inventory level this year,” he said. “Would-be sellers aren’t listing their homes as many of them would also face an inventory challenge if they were to turn around and buy another property.”

California’s monthly supply of inventory of single-family homes fell to 2.7 in June, down on both a monthly and yearly basis. The nine-county Bay Area continues to suffer from the state’s fewest number of homes for sale, with the MSI declining to 1.8. San Mateo, Santa Clara, Alameda, San Francisco, and Contra Costa counties have California’s most severe inventory shortages, all ending June with less than a two-month supply of homes on the market.

Bay Area buyers needed to act in less than three weeks to score a home last month, with single-family homes in the region leaving the market in an average of 20.4 days. San Mateo County had the state’s fastest pace of sales, with properties selling in an average of 17.6 days, followed by Alameda (17.8 days) and Santa Clara (17.9 days) counties.