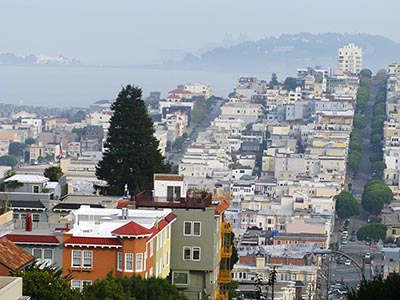 The Golden State’s median home price climbed to a height not seen since the previous housing boom in April and is likely to keep rising, further squeezing already tight affordability conditions for the rest of the year.

The California Association of Realtors’ latest home sales and price report puts the statewide median single-family home price at $536,750 in April, up 5.4 percent year over year and the highest since August 2007. All major regions of the state saw appreciation from the previous April, with the median sales price in the nine-county Bay Area rising by 7.7 percent to $895,490.

In a statement accompanying the report, CAR Senior Vice President and Chief Economist Leslie Appleton-Young said that she expects annual home price gains to continue in 2017, worsening affordability and stifling sales activity. After a strong first quarter, California home sales dipped on both a monthly and yearly basis in April, which was expected given that pending home sales have been slowing for several months.

California’s housing-supply woes are not improving, as active listings decreased by 10.5 percent year over year, the 22nd consecutive month of declines. The state’s Unsold Inventory Index, which calculates the number of months it would take to sell all the homes on the market, was 3.3 in April, up from March but down from one year earlier.

The Bay Area saw similar inventory trends, with the 2.4-month supply of homes down on an annual basis. Four local counties had the state’s tightest supply conditions: San Francisco (1.8) and Alameda, San Mateo, and Santa Clara (2.0). The latter three counties were also California’s fastest-paced real estate markets in April, with homes finding a buyer in an average of 17 days.