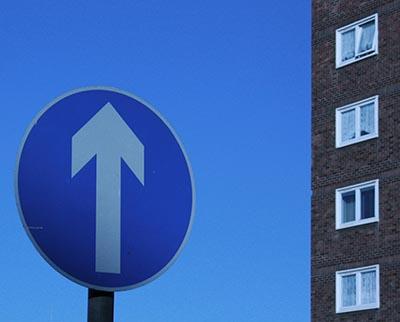 Home shoppers across major California regions — including the Bay Area — were quite active in November, boosting annual sales volumes by double-digit percentage points.

The California Association of Realtors’ latest home sales and price report says that single-family home sales in the state increased by 17.7 percent year over year in November. That annual increase was the largest in seven years, when first-time buyer tax breaks helped to fuel sales.

This time, two different factors fueled the sales gains, according to CAR President Geoff McIntosh. First, last November saw slower than normal home sales activity due to Consumer Financial Protection Bureau regulations that were enacted around that time. McIntosh also speculated that the belief that the Federal Reserve would raise interest rates — as it did last week — boosted buyer urgency, though CAR notes that the spike in sales cannot be directly attributed to the run-up in mortgage rates that followed the U.S. presidential election.

Across the nine-county Bay Area, home sales spiked by 18.7 percent on an annual basis. All local counties saw sales volumes pick up from the previous November, with gains ranging from 26.7 percent in Solano County to 0.7 percent in Marin County.

The spike in sales helped to further reduce the Bay Area’s already extremely limited number of homes for sale, with the months’ supply of inventory (MSI) falling to 1.9 — still strongly skewed in favor of sellers. Eight of nine counties experienced inventory declines from last November, with only Contra Costa County recording a modest annual improvement.

Alameda, Contra Costa, San Francisco, San Mateo, and Santa Clara counties have the fewest number of available homes in California, all with less than a two-month supply. In a statement accompanying the report, CAR Senior Vice President and Chief Economist Leslie Appleton-Young said that rising interest rates could push more buyers to compete for a limited number of homes on the market, which might drive more price growth and further reduce affordability.