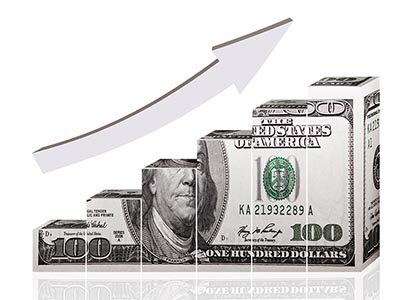 Home price appreciation in the San Francisco and San Jose metro areas is expected to more than double the national rate this year, while rising mortgage rates will shut more first-time buyers out of the housing market.

Those are two key findings from Realtor.com’s 2017 National Housing Forecast, which ranks America’s 100 largest real estate markets based on expected home price and sales gains. Nationwide, home prices are forecast to grow by 3.9 percent, down slightly from 2016. The Western U.S. is posed to lead the nation for home price appreciation, at 5.8 percent. Six of Realtor.com’s top 10 real estate markets for 2017 are located in Western states, and price appreciation in most of those cities is also expected to slow this year when compared with last year.

The Bay Area’s two largest real estate markets landed in the middle of Realtor.com’s overall rankings, with the San Francisco metro area at No. 37 and San Jose at No. 39. Home prices in San Francisco are projected to grow by 8.41 percent in 2017 — the most in the U.S. — followed by San Jose at 8.26 percent.

Sales volume gains in San Francisco and San Jose are anticipated to be lower than the national average of 1.9 percent and prevented the two cities from ranking higher on the list. Home sales are projected to rise by 1.17 percent in San Francisco and 1.26 percent in San Jose. The modest sales gains are likely the result of low inventory, an ongoing problem for Bay Area home shoppers. Nationwide, inventory is down 11 percent, and Realtor.com does not expect supply conditions to improve in 2017.

Another obstacle facing would-be home buyers are higher mortgage rates, which have been steadily rising since the U.S. presidential election. According to Realtor.com Chief Economist Jonathan Smoke, the rate increases will prove particularly challenging to millennials and other first-time buyers.

“With more than 95 percent of first-time homebuyers dependent on financing their home purchase, and a majority of first-time buyers reporting one or more financial challenges, the uptick we’ve already seen may price some first-timers out of the market,” he said.

Rising interest rates have caused Realtor.com to lower its estimate of millennial homebuyers to 33 percent, though that generation will comprise the majority of the homebuyer market in 2017 and over the next decade. Even with higher interest rates, the coming year should see continued demand for real estate from younger buyers in affordable Midwestern markets such as Madison, Wisconsin and Columbus, Ohio, where the rate of millennial homeownership is already higher than the national average.