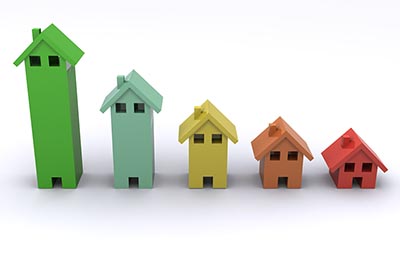 Pending home sales activity continued to decline in both California and the Bay Area last month, with tight inventory conditions once again the culprit.

The California Association of Realtors’ latest Pending Home Sales Index fell to 117.9 in June, down 0.9 percent on an annual basis and the sixth consecutive month of declines. As in May, CAR says that the drop in activity suggests that a slowdown in the state’s housing is imminent as the traditionally busy spring season comes to a close.

Bay Area pending home sales have been on an even longer skid — nine months — with the PHSI dipping to 148.0, down 0.6 percent from June 2016. However, the pace of pending sales declines in the Bay Area has been dropping for the last two months; in May, they were down by 5.5 percent year over year after plummeting  by 17.1 percent in April.

San Francisco County bucked the statewide and regional trend, as pending sales shot up 22.2 percent on an annual basis, the largest such gain of any county for which CAR tracks data. Pending sales dropped by 10.1 percent in San Mateo County and 0.4 percent in Santa Clara County from June of last year.

The report yet again underscores the effects of California’s inventory crunch, as active listings dropped by double-digit percentage points in June. CAR’s Market Velocity Index, which tracks home sales relative to new listings, was 71.0, the highest in four years. That means that there were significantly more California home sales than new listings to replace properties leaving the market and suggests that home price appreciation could return to the double-digit-percent range.

A limited number of homes for sale has resulted in an increase in competition, with 74 percent of properties receiving multiple offers in June, up from 72 percent one year earlier. The average California home garnered 3.5 offers compared with 3.0 one year earlier. In the Bay Area, buyers can expect even more competition, with 6 of 10 homes receiving multiple offers in the second quarter according to a recent analysis by Pacific Union Chief Economist Selma Hepp.

The state’s inventory crunch is top of mind for real estate professionals, with 38 percent of respondents to CAR’s Market Pulse Survey citing a lack of homes for sale as their chief concern. Nearly one-third are worried about declining affordability, while about one-quarter fear another housing bubble.