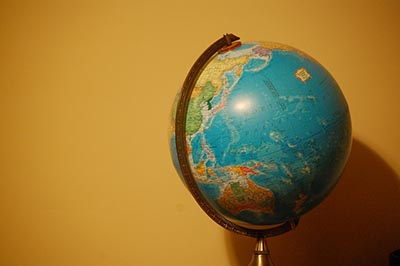 While the Bay Area’s housing affordability crunch is all too familiar for local home shoppers, a recent report brings a global perspective to the situation, with San Jose and San Francisco ranking among the planet’s least affordable housing markets.

As of the third quarter of 2016, there were 26 major housing market across the world characterized as severely unaffordable. The San Jose metropolitan area ranks as the fifth least affordable major global housing market, earning a median multiple of 9.6 and ranking as the only American market with a seven-figure median price — exactly $1 million. San Francisco took the No. 9 spot, with a median multiple of 9.2. Los Angeles and Honolulu are the two other U.S. cities that rank among the world’s 10 least affordable real estate markets.

When examining all 400-plus global cities included in the study — both major and small — Santa Cruz enters the picture as the planet’s fourth least affordable real estate market, with a median multiple of 11.6. In fact, Demographia says that Santa Cruz has one of the worst affordability ratings in the survey’s history, along with Hong Kong, Sydney, and Vancouver.

By global standards, however, American real estate remains affordable. For the fourth straight year, the U.S. was the most affordable of the nine countries included in the study, with a median multiple of 3.9, which places it in the moderately unaffordable category. All 11 of the world’s most affordable major real estate markets are located in the U.S., most of them in the Midwest.

The report again underscores how even in the expensive Bay Area, real estate can look like a bargain to Chinese investors and homebuyers. With a median multiple of 18.1, Hong Kong is the world’s least affordable real estate market — almost twice as tough on the wallet as San Jose or San Francisco.