The second quarter was an excellent  time to sell a U.S. home, with sellers pulling in the largest gains in a decade. That was particularly true here in the Bay Area, where sellers again realized the biggest returns in the country. 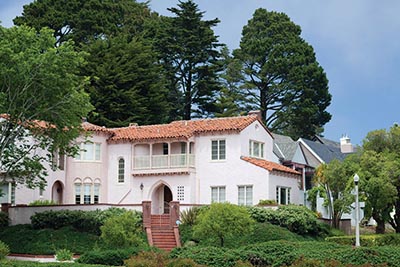 ATTOM Data Solutions’ latest quarterly home sales report says that Americans who sold a home in the second quarter profited by an average of $51,000 since the time of purchase, the most since the second quarter of 2007. That represents a return of 26 percent, also the highest in a decade.

As in the first quarter of this year and 2016, the Bay Area was the best place to sell a home in terms of profits. Sellers in the San Jose metro area enjoyed average returns of 74.5 percent since the time or purchase, which translates to $410,000. San Francisco ranked No. 2 for largest seller returns — 65.1 percent, or $306,000.

U.S. homeowners who sold in the second quarter had owned their properties for an average of 8.05 years, the longest stretch on record and likely the result of tight inventory conditions that are making it difficult to trade up. Second-quarter sellers in San Francisco and San Jose held their homes for an average of 9.87 years and 9.71 years, respectively, among the five longest such times in the U.S.

“Potential home sellers in today’s market are caught in a Catch-22,” ATTOM Data Solutions Senior Vice President Daren Blomquist said in a statement accompanying the report. “While it’s the most profitable time to sell in a decade, it’s also extremely difficult to find another home to purchase, which is helping to keep homeowners in their homes longer before selling. And the market is becoming even more competitive, with the share of cash buyers in the second quarter increasing annually for the first time in four years.”