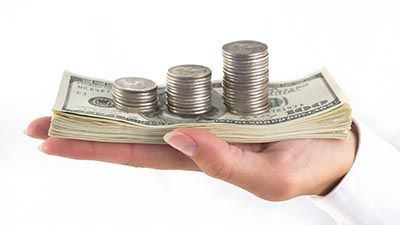 The Western U.S. is projected to lead the country for home price gains next year, with Bay Area appreciation expected to run at more than double the national rate.

In its 2017 National Housing Forecast, Realtor.com projects that home prices will increase by 3.9 percent across the U.S. next year, slower than in the past two years. Sales volume is expected to grow by 1.9 percent to 5.46 million homes.

Price appreciation and sales volume gains in Western U.S. states are predicted to be significantly higher than the national average — a respective 5.8 percent and 4.7 percent. Based on a combination of projected home price and sales growth, Realtor.com ranked the 100 largest U.S. real estate markets for 2017, and three California metro areas landed in the top 10: Los Angeles (No. 2), Sacramento (No. 4), and Riverside (No. 5).

Bay Area real estate markets barely cracked the first half of those projected for the most growth next year, with San Francisco at No. 37 and San Jose at No. 39. But it isn’t expected home price gains that prevented the Bay Area from ranking higher; San Francisco’s forecast 8.41 percent growth is the highest in the nation, followed closely by San Jose at 8.26 percent. Rather, it is projected sales growth, which is among the nation’s lowest — 1.17 percent in San Francisco and 1.26 percent in San Jose.

Continued tight inventory conditions are a major factor contributing to the Bay Area’s sluggish sales forecast, and housing shortages remain a challenge nationwide. Realtor.com says that inventory in the nation’s 100 biggest metro areas is currently down 11 percent, and conditions are not expected to improve in 2017.

Other projections for the coming year include: