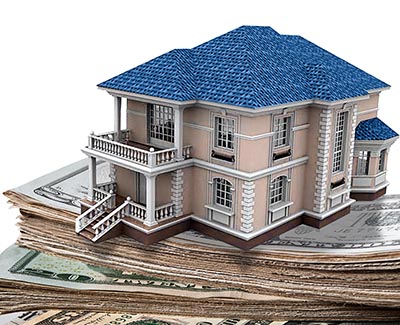 The Bay Area enjoyed uniform year-over-year home price appreciation in the final month of 2016, though persistent tight inventory conditions and affordability will likely remain challenges for the region and the state in 2017.

That’s according to the latest monthly home sales and price report from the California Association of Realtors, which puts the median sales price for a single-family home in the nine-county Bay Area at $775,820 in December, up 6.3 percent year over year. Statewide, the median price grew by 3.9 percent from December 2015 to finish the month at $509,060.

All nine counties saw annual home price appreciation, ranging from 1.6 percent in Napa County to 15.9 percent in Solano County. San Mateo County overtook San Francisco as California’s most expensive real estate market, with a median sales price of $1,332,500. San Francisco finished 2016 as the state’s second priciest market, with a median price of $1,315,210, followed by Marin ($1,118,700), and Santa Clara ($965,000) counties. San Francisco had the California’s highest price per square foot, at $808.

Bay Area sales volume dropped by 12.8 percent on an annual basis, substantially more than the statewide average or other major California regions. Sales volume declined in all nine counties from December 2015, ranging from 4.6 percent in San Francisco to 23.9 percent in Sonoma County. Those declines mirrors findings from an analysis of December Bay Area home sales earlier this week by Pacific Union Chief Economist Selma Hepp.

Although supply conditions improved very slightly from one year earlier, the Bay Area remains California’s most constrained region, with a 1.5-month supply of homes for sale. Four Bay Area counties had the state’s fewest homes for sale: San Francisco (0.9), San Mateo (1.1), and Alameda and Santa Clara (1.2).

In a statement accompanying the report, CAR Senior Vice President and Chief Economist Leslie Appleton-Young noted that inventory will continue to pose an obstacle for California home sales in the coming year.

“Looking ahead, we expect plenty of headwinds in 2017, including rising interest rates, scarce housing inventory, and a persistent affordability crunch, along with many uncertainties in the policy arena to challenge the housing market,” she said.